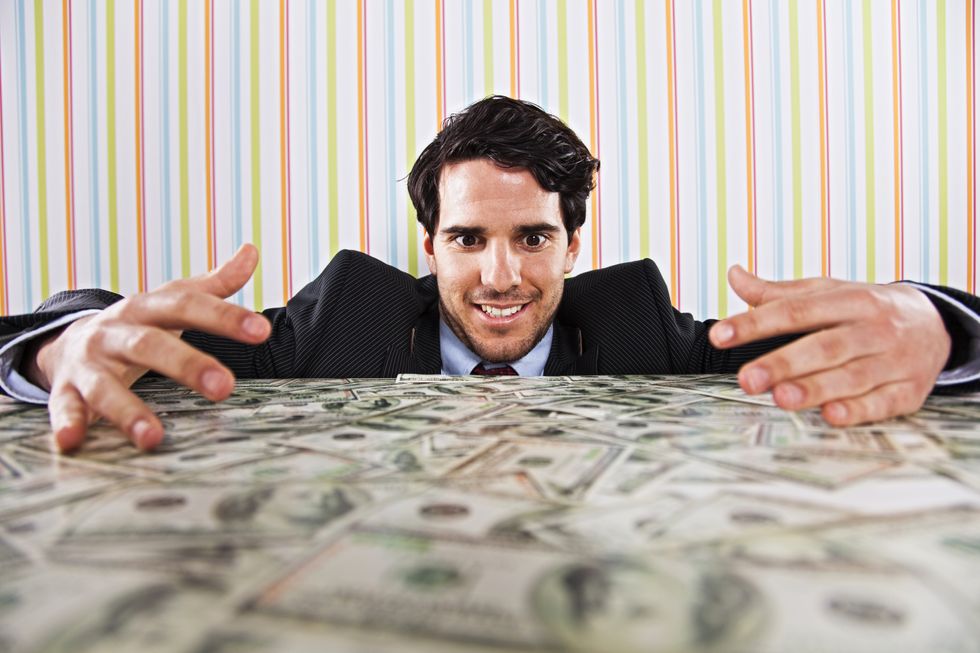 On Wednesday, hundreds of janitors, cooks, food service employees, and labor rights activists marched in the streets of Washington, D.C. demanding a wage of $15 an hour for thousands of people employed full time at the U.S. Capitol, but who earn too little to pay for basic expenses like housing or even food for themselves.

Members of Congress are well compensated. As of December, a typical salary for a legislator on the Hill was $174,000. Assuming they work 40 hours a week, 52 weeks a year, most senators and representatives earn about $83 an hour, courtesy of the U.S. taxpayer, and with a gold-plated, publicly funded benefits package to boot.

But the people who mop the floors of the Capitol and who ladle out bean soup in the Senate cafeteria don't enjoy the comforts and security of a government salary. They work for a private contractor. Which gets paid a lot of money to maximize returns on investment for its shareholders and incorporates low labor costs as an integral part of its corporate strategy. And that contractor - Compass Group - pays poverty wages to the men and women who tend to the basic needs of some of the world’s most powerful people.

Compass Group - a multinational food service provider based in the United Kingdom - renewed its contract with the U.S. Government this week. The company has operations in more than 50 countries, including on military bases and offshore oil extraction platforms. In North America alone, Compass brought in more than $12 billion in revenues last year, and $1 billion in profits.

How does Compass maintain its staggering profitability? By keeping labor costs low. "We generate savings through adopting a systematic approach to our supply chain and better managing our labour and above unit overheads," the British company states in its 2014 annual report to investors.

An important caveat, however. Compass is insistent that it raise salaries for its executive team.

Between his base salary, bonus, and other benefits, Compass CEO Richard Cousins received more than $9.4 million in compensation from his employer last year. (Assuming 40 hours a week, 52 weeks a year - that's more than $4,500 an hour.) Standard perks for bigwigs at Compass include a company car, 25 days of annual leave and - if you quit - 12 months of your base salary, plus a pension supplement, plus 10 percent of your base salary on top of that.

Food service workers at Compass might come cheap, but its executives certainly don't. At $10 an hour, cooks at the Capitol would have to work full time for about two months to make what Cousins does in 60 minutes.

But Compass is concerned that the salaries it pays its executives are not "suitably competitive levels of remuneration for the senior executive population." As such, the company reports it increased annual bonus rates for executive directors from 150 percent of their base salary to 200 percent.

While leadership at Compass sorts out the details about how many millions of dollars they'll give themselves in bonuses this year, Senate cook and father Bertrand Olotara works two jobs, 70 hours a week, and uses food stamps to feed his family. Bertrand marched in Wednesday's protest. The Washington Post reported this week on Charles Gladden, a 63-year-old Senate cafeteria employee who struggles just to afford housing.

The national legislature has a history of trying to impoverish or otherwise inconvenience other humans who happen to work in the same building. D.C.'s democratically elected delegation to Congress, for example, not only doesn't get to vote, but also receives no salary, and is barred from using congressional parking spaces, elevators, dining rooms, or athletic facilities. Though they represent a population greater in number than Vermont or Wyoming, D.C.'s representative and senators make do with shared office space in the basement of City Hall.

Congress isn't very nice to its professional guide staff either. Last year there was a bit of a brouhaha between the Capitol Guide Service and senior congressional officials about the right to drink water while at work.