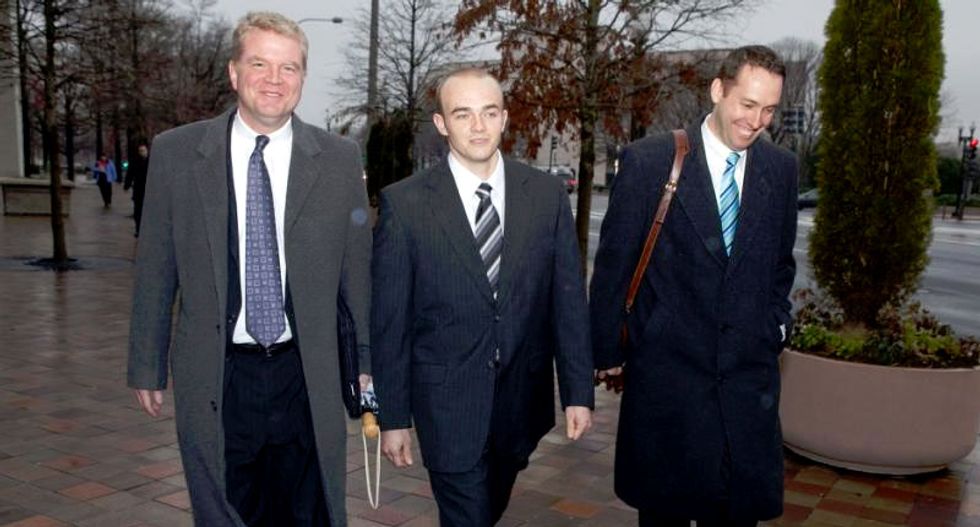 Four American former Blackwater guards, convicted in connection with the killings of 14 unarmed Iraqis in 2007, have asked a U.S. judge for a new trial just days before they are due to be sentenced, contending that a witness statement disclosed last week contradicts the government's case.

Last October, a U.S. federal jury convicted Paul Slough, Dustin Heard, and Evan Liberty of voluntary and attempted manslaughter and Nicholas Slatten of murder in relation to the deaths of Iraqis at a Baghdad traffic circle.

The heavily armed four-truck Blackwater Worldwide convoy had been trying to clear a path for U.S. diplomats. The defendants had argued at their trial that they believed the first car they opened fire on, a white Kia sedan, contained a car bomb.

In their emergency motion filed Friday morning, the defendants' lawyers said that evidence disclosed Wednesday by the U.S. government as part of the victim impact statements suggests a key witness "directly contradicts" the prosecutors' case regarding the shooting of the driver and passenger of that car.

The defendants have asked to present a new trial motion before the court and have asked that sentencing, scheduled for Monday, be postponed.

The U.S. attorney's office in Washington, D.C. said it was "reviewing the motion" and had no further comment.