Former Missouri cop: I quit because I feared for my safety, not because new mayor is a black woman 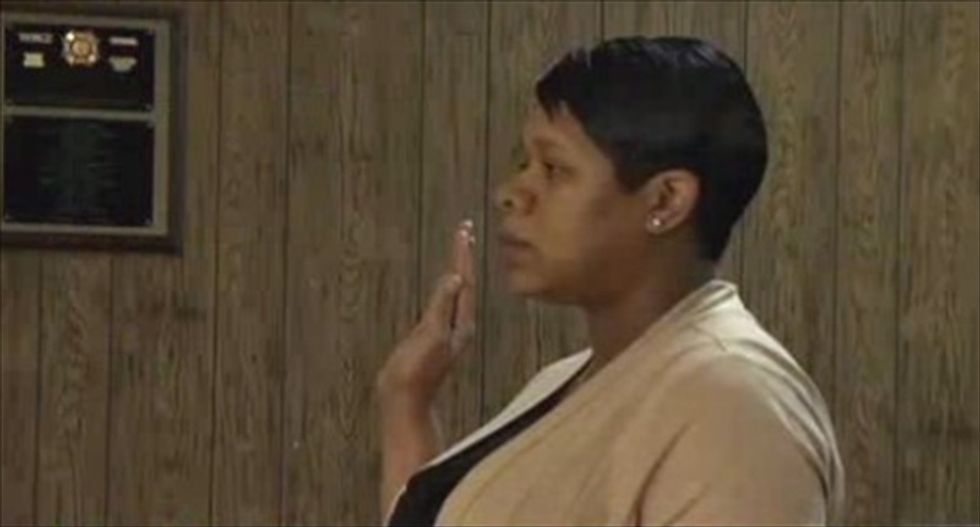 The former assistant police chief in Parma, Missouri denied allegations on Tuesday that racism and sexism played a part in his leaving the department following the election of a black woman, Tyus Byrd, (pictured above) as mayor.

"It's appalling to hear those accusations, and it's personally offensive," Rich Medley told Vocativ. "A person is a person, whether they are a man or woman, white, black, yellow, brown, pink or purple."

Medley rejected residents' claims that Byrd's race and gender played a part in his decision, arguing that his former supervisor, Trish Cohen, is a woman, and adding, "If it was about race, I wouldn't have served the town of Parma," a reference to the town's racial makeup: 52 percent of Parma residents are white, compared to 47 who are black.

Instead, he said, his departure was based on what he described as hostility from Byrd's family. He said one of the new mayor's relatives told him, "I'll have your job."

"Those interactions led me to believe the newly elected mayor would either not allow me to do my job as required by law, or pursue disciplinary action on me of some sort when I did," he told Vocativ.

Medley did acknowledge that he never took his concerns directly to Byrd. Instead, he quit the department without notice, as did Cohen and two part-time officers, after Byrd bested longtime incumbent Randall Ramsey last week.

"I didn't really see any point in going to talk to her," Medley said. "In hindsight, I probably should have. I've got no ill opinion or issues with the mayor. I wish her the best of luck."

According to Vocativ, Medley also contacted the administrators of a Facebook page claiming to support local police to urge them to behave "professionally" after the page posted pictures of Byrd and her children and used racist language.

But despite vowing to follow Medley's request, the page's administrators have continued to use a belligerent tone in posts defending local officers. Some screenshots from the page can be seen below:

The St. Louis Post-Dispatch reported that, besides most of its police force, the town's city clerk and water department supervisor also quit after Byrd's election.

"I don't understand," she said. "I never said anything about cleaning house."