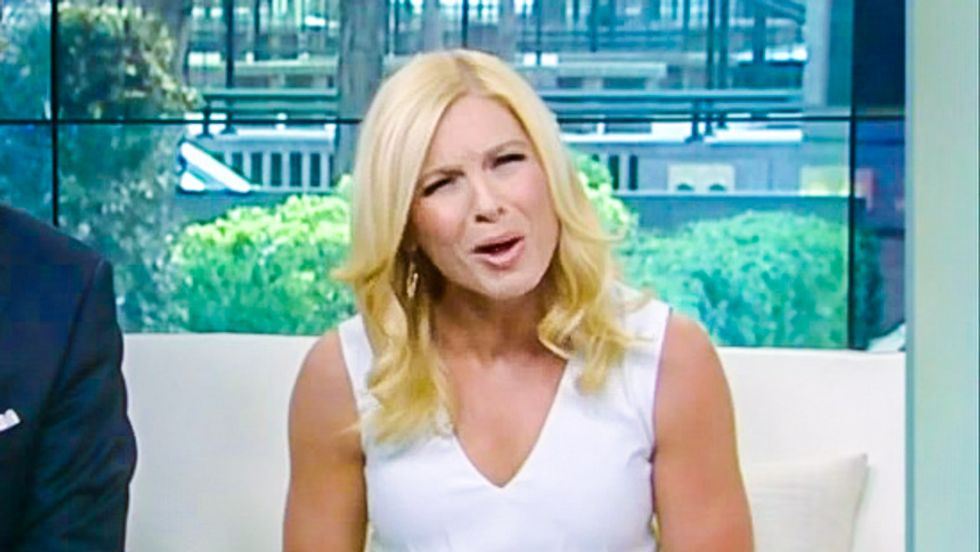 A Texas CEO who has said that women should never be president defended her assertion on Sunday, telling Fox News that God created different roles for each gender.

“With the hormones we have there is no way we should be able to start a war,” she argued.

On Sunday, Fox News host Anna Kooiman told Rios that she deserved a chance to defend herself after being "cyber-bullied to death."

Rios noted that the controversy had started with Facebook comments that were supposed to be private, but she said that she stood by the remarks.

"I guess no one can call you sexist, which it must be nice," Fox News host Tucker Carlson opined. "But you go on to make the point that it's really the use of force that makes you uncomfortable in the hands of a woman. The one thing I think I would agree with, we assume women are more peace loving, and I don't think that's necessarily true."

Kooiman interrupted, declaring that the anti-woman argument was "completely backwards."

"Well, I'm not saying I agree with you -- I obviously would never do that," Carlson snarked. "But I admire you're willingness to say unpopular things in this age of conformity. You are a brave woman, regardless of whether you're right or not."