Fox's Greg Gutfeld: Bill Nye and Obama flew in a jet, so climate change is a 'strawpocalypse' 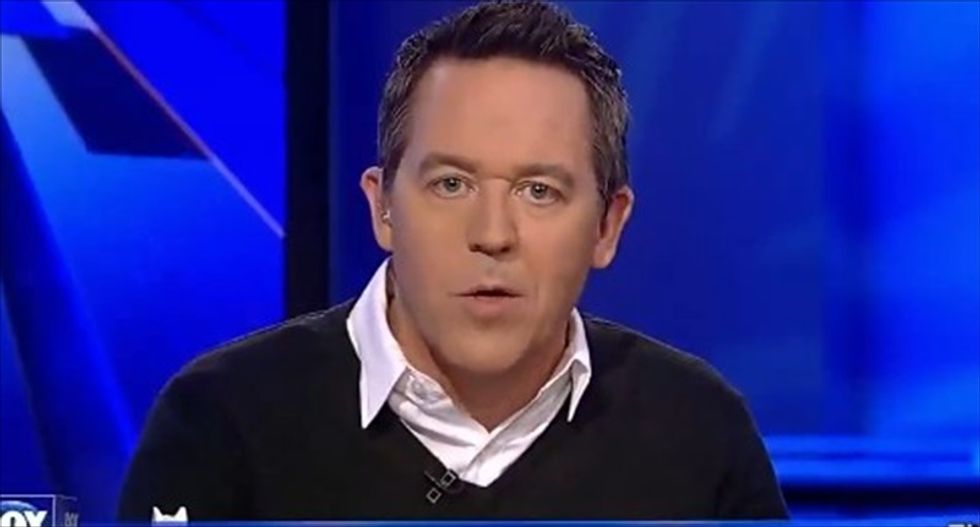 Fox News host Greg Gutfeld argued on Wednesday that "Science Guy" Bill Nye's warnings about climate change are fueled by ego and not scientific fact, because he traveled by air with President Barack Obama.

"I think he's making up for lost time," Gutfeld told co-host Eric Bolling. "Now he's finally getting attention. Isn't this what it's about?"

"It probably is; he's probably that narcissistic that he needs attention," Bolling replied.

Bolling said he thought Nye was "spoofing himself" when he said on Twitter that he would be flying aboard Air Force One for an Earth Day event.

Gutfeld called it "scary" that Nye and Obama have prioritized global warming as a threat to the US, with Obama saying there was "no greater threat" to the planet. Gutfeld said the remark suggested that Obama was downplaying issues related to terrorism.

"I call this the strawpocalypse -- a mix of strawman and armageddon," Gutfeld said. "Sure, the Earth's end trumps everything, but with that absurd comparison, then we should devote nothing to present danger and only fight future figments of imagination. It's nuts."

He then encouraged Republicans to be more persuasive when arguing that "the science isn't settled" regarding the issue. He did not mention that 97 percent of the scientific community have attributed global warming to man-made activity, instead blaming anti-capitalists for pushing that message.

"For most climate change activists, it's less about carbon and more about consumers and consumerism, and trashing a system that saves countless lives, for the green movement believes that at the root of every evil is a beating human heart," Gutfeld said.

Watch his commentary, as aired on Fox News on Wednesday, below.