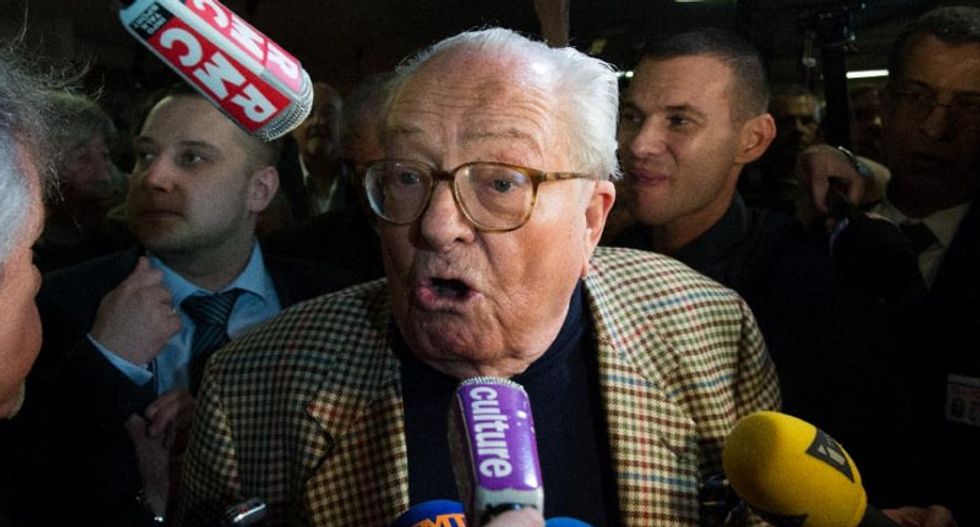 The founder of France's far-right National Front, Jean-Marie Le Pen, vowed Friday to hit back at his daughter Marine, as a family and political feud grew increasingly bitter.

Marine, the party president, "is blowing up her own party ... it's not me killing myself, it's she who is shooting herself in the foot," the 86-year-old told RTL radio.

Jean-Marie appeared to be in no mood to back down, saying: "I will defend myself" and "probably go on the attack."

The latest comments came amid a fierce war of words between father and daughter, after Marine said Jean-Marie was committing "political suicide" with recent comments about the Holocaust.

The controversy-loving Jean-Marie had said that Nazi gas chambers were a "detail of history" and defended war-time French leader Philippe Petain, who collaborated with Hitler's regime.

It appears to have been the last straw for Marine, 46, who has sought to clean up the party's anti-Semitic and racist image in a bid to make it more electable.

She said her father should appear before a disciplinary body and consider quitting politics altogether.

While the row pained her deeply -- both as a family member and an FN member -- she stressed that "before being daughter and father ... we are political leaders."

In a later tweet, Marine said: "In this difficult moment for the FN, I call on everyone to show unity, decency and mutual respect between patriots."

The row has hit the FN's fortunes at a time they are flying high in the polls, with nearly one quarter of French voters saying they would vote for Marine Le Pen in the 2017 presidential elections.

Under Marine Le Pen's strategy of burnishing the party's image, they have gone from success to success, winning last year's European elections and performing strongly in a recent regional vote.