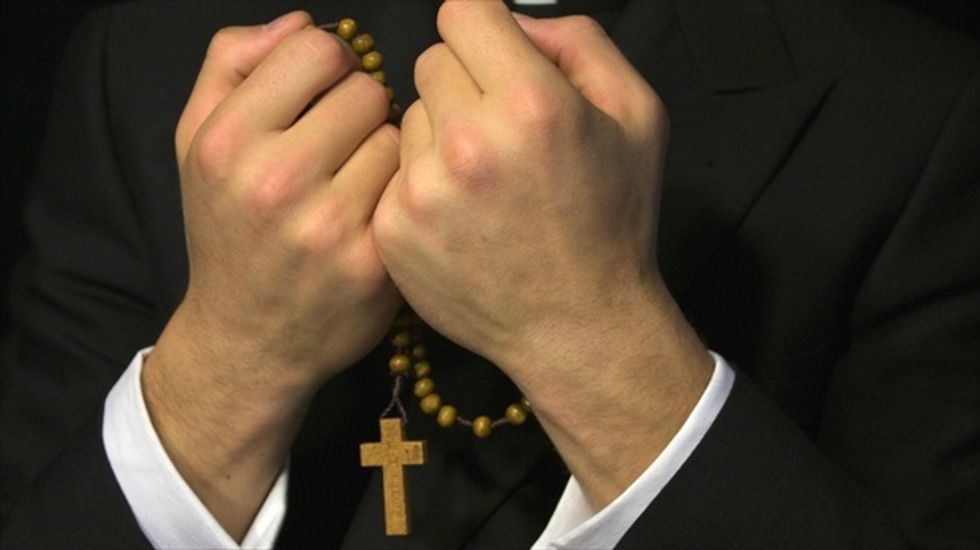 A 36-year-old Jesuit man studying for the priesthood announced he was gay on Friday and encouraged the Catholic Church to be more accepting of LGBT clergy and members, Think Progress reported.

"I pray as a Church we discover tender compassion for each other to love the God that dwells in us all," Damian Torres-Botello wrote in a column published in The Jesuit Post.

Torres-Botello recalled in the piece that as he began his training nearly three years ago, friends worried that he would be "forced into the closet," or that he would face difficulties in his studies as a person of color in "an ostensibly all-white male order." Instead, Think Progress reported that his post was approved by his superiors.

"I am more than my skin color, my sexual orientation, and my economic class," Torres-Botello stated. "It restricts God's image and likeness if I only see myself as those three aspects. Defining myself purely on what I am limits who I am and how I can be of service."

The Advocate reported that, while the Roman Catholic Church refers to homosexuality as a "disorder," Torres-Botello's appeal came a day after more than 100 high-ranking church officials and donors urged Pope Francis -- who is a Jesuit like Torres-Botello -- to remove San Francisco Archbishop Salvatore Cordileone from his position.

The group took out a full-page ad in the San Francisco Chronicle on Thursday accusing Cordileone of creating "an atmosphere of division and intolerance" within the local church community. While Torres-Botello's statement steered clear of any specific policy changes, he also noted that many Catholics have been made to feel unwelcome within their own respective churches.

"Teachers have been terminated from jobs, children with disabilities have been refused sacraments, and many divorced men and women continue to feel unwanted," he wrote. "You don't have to look hard to find similar stories from African-American Catholics, Latino Catholics, Catholic women, and former Catholics alike. And all of this tension has caused people to leave the church, and in some cases, lose their faith."