Georgia lawmaker slips in $350,000 tax giveaway for evangelist training school where he is trustee 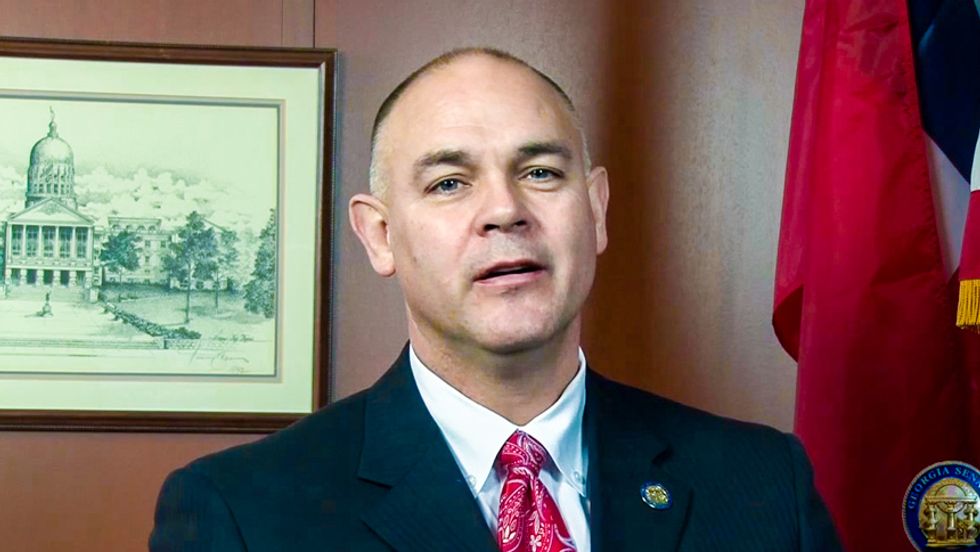 A Georgia lawmaker has defended a last-minute vote on a bill that would give over $300,000 in tax breaks to a Christian college where he was recently named as a trustee.

According to The Associated Press, Georgia state Sen. Bruce Thompson (R) wrote the tax exemption that was passed after the Senate technically ended its session at midnight on April 2. The bill would allow Truett-McConnell College to avoid $350,000 in sales taxes on construction materials that are being used to build a new $13 million recreation center.

Truett-McConnell's website states that it is a "private Christian liberal arts and sciences college, operated under the auspices of the Baptist Convention of the State of Georgia and controlled by a Board of Trustees elected by the Convent."

"The mission of Truett-McConnell College is to equip students to fulfill the Great Commission by fostering a Christian worldview through a biblically-centered education," the mission statement says. The website also encourages visitors to call 1-888-JESUS-20 for "spiritual help."

Thompson, who was named as a trustee at Truett-McConnell in the last year, said that he rewrote that bill at the request of college officials.

“I don’t think it’s a big deal, and here’s why: Most Americans file an itemized tax return so they can take advantage of tax benefits and exemptions out there,” he explained. “This is the same situation.”

And Truett-McConnell President Emir Caner argued that his school was saving the state money by building new facilities.

“When a public university wants to build, they can go to the state and ask,” Caner noted. “A private university doesn’t get that right, of course. We’re growing our campuses without costs to the state.”

Atlanta Democratic state Sen. Nan Orrock said that she voted against the bill because Republican leadership did not allow meaningful debate.

“I haven’t heard the compelling policy argument for that,” she said of the exemption. “I would hate to see the situation where anytime an entity wants to build something, they apply for a sales tax exemption.”

Gov. Nathan Deal (R) has not indicated whether he will sign the bill.