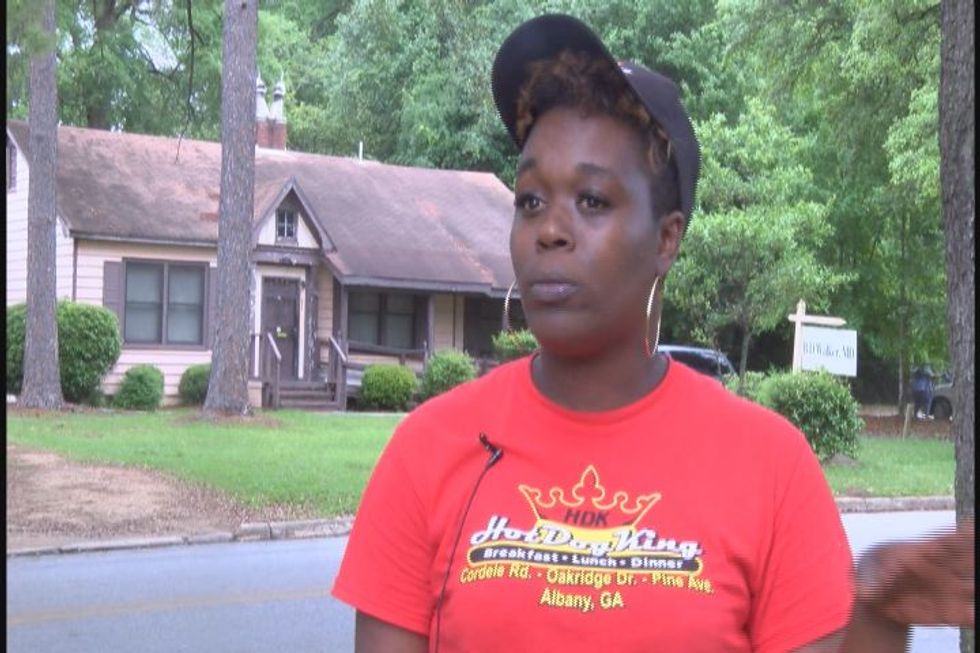 A mother in Albany, Georgia wants to know how her 8-year-old son ended up with a chipped tooth after what was allegedly a routine disciplining by a P.E. coach at Jackson Heights Elementary School.

According to WALB Channel 10 News, Sadeirdra Canady said that her son Deonte Harris was attending an In School Suspension Program when the incident took place last month.

The manner in which school officials handled the incident, Canady said, made it seem as if they were trying to hide something.

"Any other time that Deontae Harris gets in trouble in school they call and report it, you know doing anything,” she told WALB. “No one called it was like they was trying to cover it up."

Harris said that the coach held him between his legs so that he could spank him, but that the blows drove the first grader face-first into the wall behind the teacher.

"He put me between his legs and spanked me and after that he throwed me to the wall,” the boy said.

Harris also told his mother that the school's assistant principal struck him, but Canady said that she has only authorized the school principal to administer corporal punishment to her son.

"I'm trying to figure out why was the ISS teacher punishing him anyway," she said.

Assistant Superintendent of Schools Jack Willis told Channel 10 that his office is investigating the matter.

"At this point I received a call from her this morning telling me about this and then later in the morning I received a copy of the incident report and right now our folks are investigating it,” said Willis.

"There has been no action taken at this point because we don't know exactly what happened,” he said.

Canady said that she does not feel the investigation has been handled in a timely manner.

"This is what three four weeks later now and the investigator just now coming to interview me?" she said.

The names of the coach and the assistant principal have not been released.