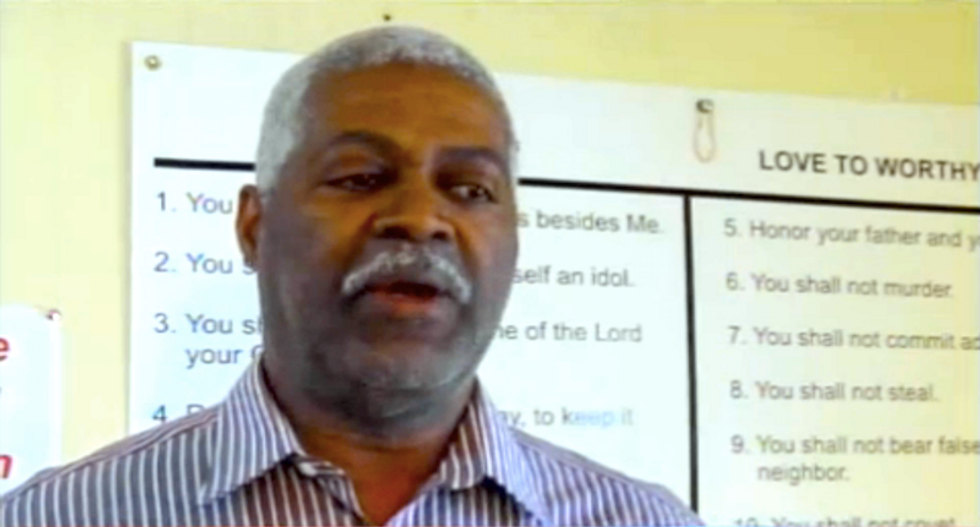 An anti-gay Georgia pastor defended a sign outside his church calling for the execution of LGBT people.

The Ten Commandments Church in Milledgeville is known for its hateful messages about homosexuality, but neighbors said the church’s latest sign had crossed a clear boundary, reported WGXA-TV.

"This is the first time that I have ever seen anything that actually crossed the line and was inferring death upon a group," said Robert Owens, who spotted the message while riding his bike.

Pastor Robert Lee, who has previously described gays and lesbians as “disgraces to humanity” on his church sign, said he was merely quoting scripture.

The latest message comes as the U.S. Supreme Court hears arguments in a case that could strike down state bans on same-sex marriage.

"The institution of marriage was instituted by God and it should not be changed by people who deserve not to live," Lee said.