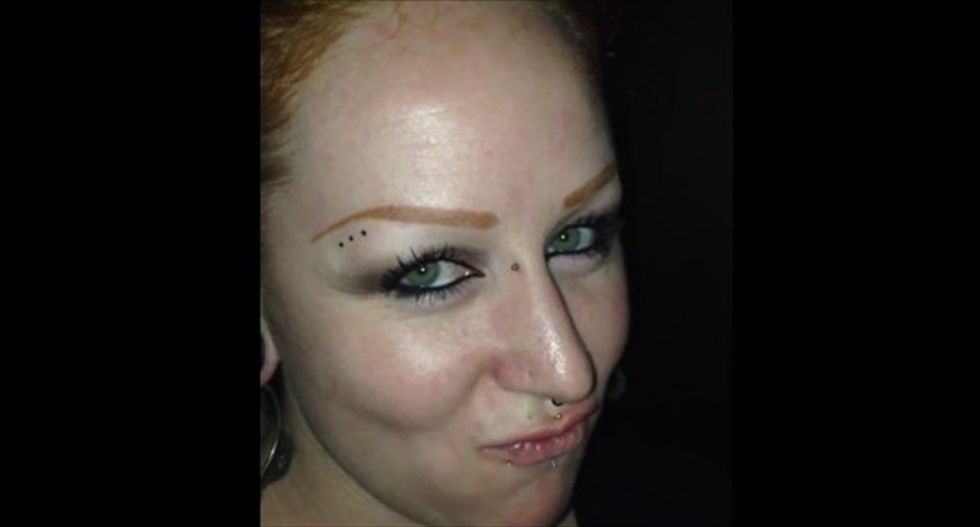 The owner of a Chicago-area bar ripped a local comedian after she published a video revealing that he had placed a two-way mirror in the womens' bathroom of his establishment, boasting that he would never take it down.

"I will burn this f*cking place to the ground before I get rid of that mirror. Do you know how much joy that mirror has brought to us? We're synonymous with Halloween," Cigars and Stripes owner Ronnie Lottz told Jezebel. "We do a freaky family fun day, and all the kids look in the mirror. This is a fun house, honey, and if you don't like the two-way mirror, go f*ck yourself; and if you come on my stage, have something to say."

The mirror was brought to light in a video posted online by comedian Tamale Rocks (pictured above) on Sunday. The short clip has already been seen more than 670,000 times.

"Here you will see the back of the door cut out and a clear view of the toilets that the ladies relieve themselves in at this establishment," she says in the video. The mirror can be seen hanging on a supply closet in front of the womens' toilet. She then opens the closet door to reveal the two-way mirror.

"Here's to being a lady in comedy, am I right?" she says at the conclusion of the video.

Lottz told Jezebel that the mirror had been installed at the Berwyn bar "for the longest time," and accused the comedian of making the video because she had performed a "bad set" there.

"Quite frankly I'm enjoying people calling, because I'm selling chicken wings," he said. "Look, this woman is looking for a viral video. There's a big movement in reality TV to be outraged about feminism. I've been in professional wrestling. So yes: come see my mirror; eat my wings -- I don't know what to tell you, honey."

Tamale Rocks rejected Lottz's accusation that she posted the video solely to get attention for herself.

"My question is, 'Why is there a situation for me to even have to handle?'" she she told Chicagoist. "Some of his patrons simply do not get it. Here's a thought -- I don't care if they get it or not. Creating that opportunity for various violations in a women's bathroom is not acceptable. There is no way to prove that nothing has happened."

WGN-TV reported that local police chief Jim Ritz said "everything is on the up and up" at Lottz's bar because the closet door was always open.

"Common sense would say that's illegal," Sedevic said. "Why would you want somebody to watch you going to the bathroom?"

While Lottz claims to welcome the attention spurred on by Tamale Rocks' video, his bar has been hit with multiple negative Yelp reviews since the clip went online.

"Proud owner of a bathroom mirror that sexually violates women," one review stated. "Let the forces of the free market do with this as they will and may the invisible hand deal a solid blow! Bye bye!"

Watch the video, as posted online on Sunday, below.