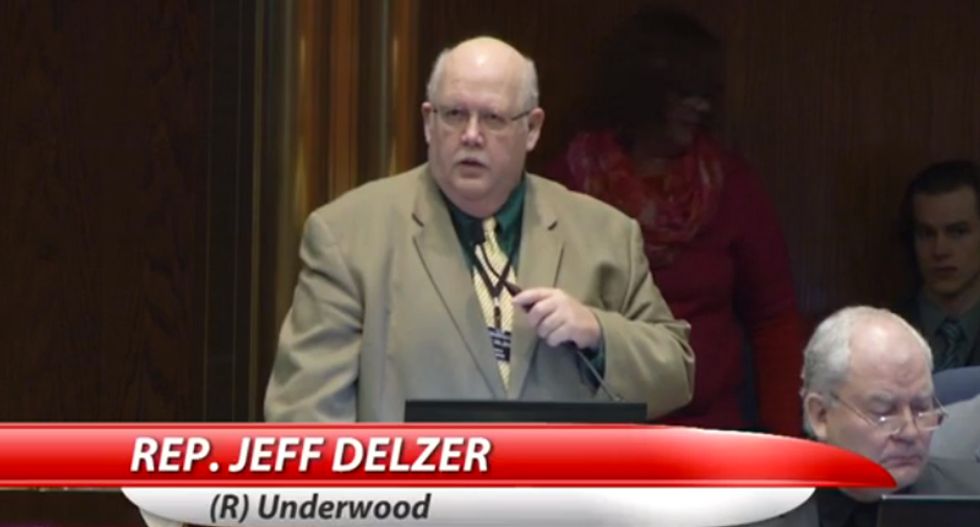 Despite a series of train derailments across the country in the past several years, North Dakota's GOP-led House Appropriations Committee stripped funding from the  budget for a state rail safety program, with one lawmaker saying, "accidents are gonna happen" anyway.

According to the Bismarck Tribune, the $972,000 to pay for a program that would have added two rail safety inspectors and a rail safety manager was dropped because lawmakers felt safety inspections that benefit the public can be best left to the rail companies.

Due to the oil boom in North Dakota, rail activity  in the state has grown more than 230 percent between 2007 and 2012, leading to fears of fiery derailments. According to state officials, 60 percent of the nearly 1.2 million barrels of oil per day produced in North Dakota is leaving the state by rail.

Diminishing the need for adding safety inspectors as a preventative measure, Rep. Jeff Delzer (R) questioned whether it would increase safety.

"Would this guarantee any more safety? We would hope it would, but it wouldn’t," he said, before adding, "Accidents are gonna happen. It’s unfortunate.”

Rep. Kenton Onstad (D) found Delzer's comments odd, saying, “That’s like saying ‘why should we have highway patrolmen ‘cuz there’s still going to be accidents out on the highway."

However, Rep. Roscoe Streyle (R) noted that rail companies, who maintain their own staffs of inspectors, can handle the job adding that they have the most to lose in a major derailment.

According to  Rep. Corey Mock (D),  it is the public, and not rail companies, who have the most to lose.

“They [the public] may have just a little bit more skin in the game if a train comes off the track or there is an explosion or an incident," he said.