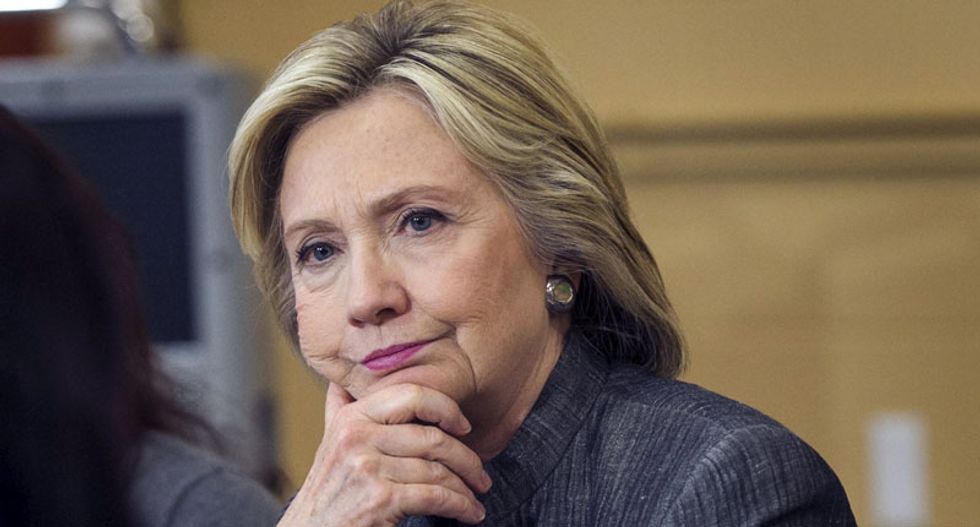 U.S. presidential candidate and former Secretary of State Hillary Clinton participates in a discussion in a classroom at New Hampshire Technical Institute while campaigning for the 2016 Democratic presidential nomination in Concord, New Hampshire, April 21, 2015. REUTERS/Lucas Jackson

Democratic presidential candidate Hillary Clinton said on Monday she would consider changes to the U.S. tax code to reward companies that produce goods and services as opposed to trading, which she likened to "playing games."

Campaigning in the early-voting state of New Hampshire, Clinton underscored the anti-Wall Street rhetoric she used in the launch of her 2016 White House bid last week.

"I think what we have to do is look at the whole tax system and try to figure out what is an economic investment as opposed to one without economic purpose," Clinton said in response to a question during a visit to Whitney Brothers Inc., a family-owned business in Keene, New Hampshire. "Because there are a lot of those, where people are just basically playing games."

"I want to do everything I can to support goods and real services and take a good look at what is now being done in the trading world," she said.

Clinton, who has emphasized populist economic themes in an effort to court the progressive wing of her party, repeated her criticism, first made last week in Iowa, of provisions in the tax code that allow some of Wall Street's richest financiers to pay lower tax rates than middle-class Americans such as nurses and truck drivers.

Some hedge fund managers and private equity firm partners benefit from a loophole that lets them pay the capital gains tax rate, which is lower than the ordinary tax rate, on large portions of their incomes.

Clinton, the Democratic frontrunner, has yet to spell out a detailed economic plan but in campaign stops over the last week she outlined goals, such as making college education more affordable and tackling income inequality.