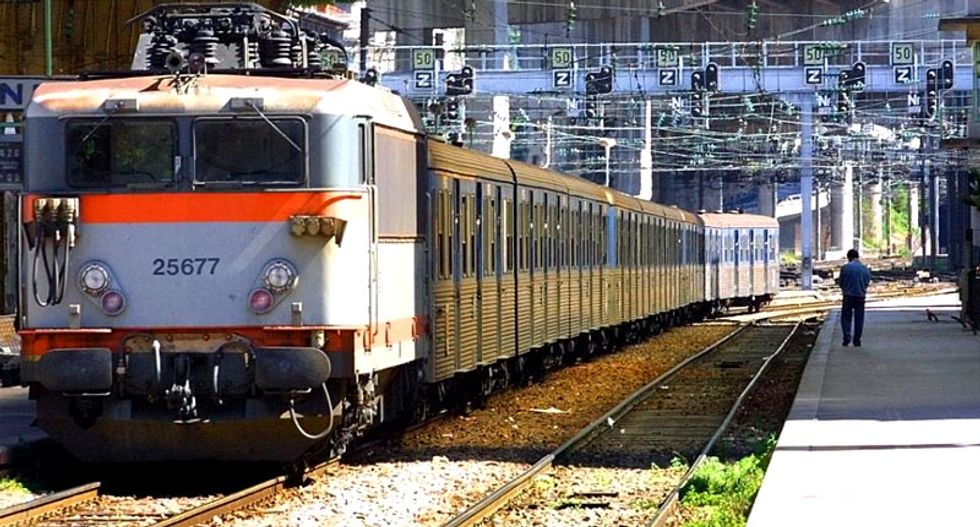 Descendants of Holocaust victims have filed a lawsuit in the US, accusing France's national railway of seizing property of tens of thousands of Jews and others sent to Nazi concentration camps (AFP Photo/Patrice Lapoirie)

Descendants of Holocaust victims have filed a US lawsuit claiming France's national railway seized the property of tens of thousands of Jews and others sent to Nazi concentration camps.

The class-action suit seeks compensation for the confiscation and sale of personal property and for third-class train fares billed to the Nazis even though the victims were packed into cattle cars.

The suit was filed on Thursday, on International Holocaust Remembrance Day, in US federal court in Chicago.

"SNCF committed, conspired to commit and aided and abetted others who committed war crimes and crimes against humanity," the court document alleged, using the acronym by which the French railway company is known.

"Acting with full knowledge, SNCF was complicit in the commission of genocide."

In a statement to AFP, the SNCF said it "has no comment on the complaint in the US and has no additional information to provide."

The goods were "illegally, improperly and coercively taken from the ownership or control of an individual during the deportations," according to the suit.

In a landmark deal, France agreed in December to pay $60 million to the United States to be shared among American and foreign nationals deported to Nazi death camps on French trains during World War II.

The lead plaintiff in the case is Karen Scalin, a Chicago resident whose grandparents were sent from France on an SNCF train to Poland's Auschwitz concentration camp, where they died in November 1942.

The two other named plaintiffs, Josiane Piquard and Roland Cherrier, are both French citizens and residents whose relatives were deported to Auschwitz and died there during the war.

"SNCF's unlawful and torturous conduct as described herein was done intentionally, maliciously and wantonly, and for the purpose of obtaining revenues for and maintaining the independence of SNCF," according to the lawsuit.

"Plaintiffs are thereby entitled to an award of punitive damages as well as compensatory damages."

And the suit spoke of a "mutually beneficial" relationship between the SNCF and the Nazis.

"The Nazis received the human fodder for their Final Solution, as well as the victims' property, all through the collaboration of SNCF," it said.

The plaintiffs say the US federal court has jurisdiction over the matter because the claims arise under international law enforceable in the Chicago court as federal law.

The suit also claims that the statute of limitations has not expired, even though they took place nearly 75 years ago, because the SNCF only opened some of its archives to the public in 2012.