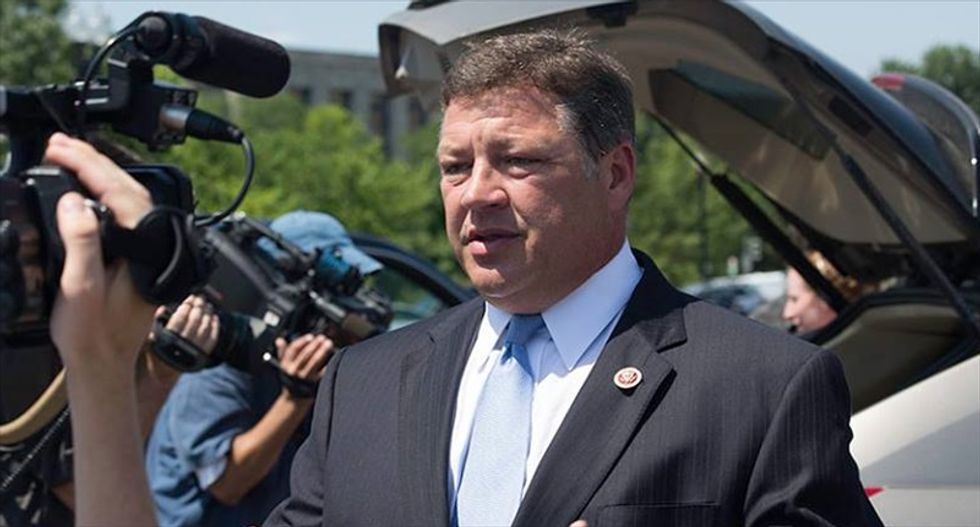 The head of the U.S. House of Representatives' transportation panel is dating a top lobbyist for the airline industry, Politico reported on Thursday.

House Transportation and Infrastructure Committee Chairman Bill Shuster, a Pennsylvania Republican, is in a relationship with Shelley Rubino of Airlines for America, an airline industry lobby group, Politico said, citing multiple sources familiar with the situation.

Shuster said in a statement that he and Rubino have a "private and personal relationship" but declined to elaborate.

"My office has in place a policy that deals with personal relationships that cover my staff and myself," the statement said. "This was created in consultation with legal counsel, and goes further than is required by the law."

Jean Medina, a spokeswoman for Airlines for America, said the group does not comment on the personal lives of its employees. She said it is not Rubino but the group's chief executive, Nick Calio, who lobbies Shuster on behalf of the industry.

"A4A ensures all of our advocacy work complies with all lobbying rules," Medina said in an emailed statement.

The House committee handles an array of issues related to the airline industry and recently conducted a hearing on revamping air traffic control at the Federal Aviation Administration, the industry's regulator.

Shuster came to Congress in 2001 and since then has served on the transportation panel, according to his website. Rubino's LinkedIn profile says she joined the airline group in 2012 and previously was a Democratic congressional staffer.