‘How do you feel about rape?': Michigan priest defends gun classes in church 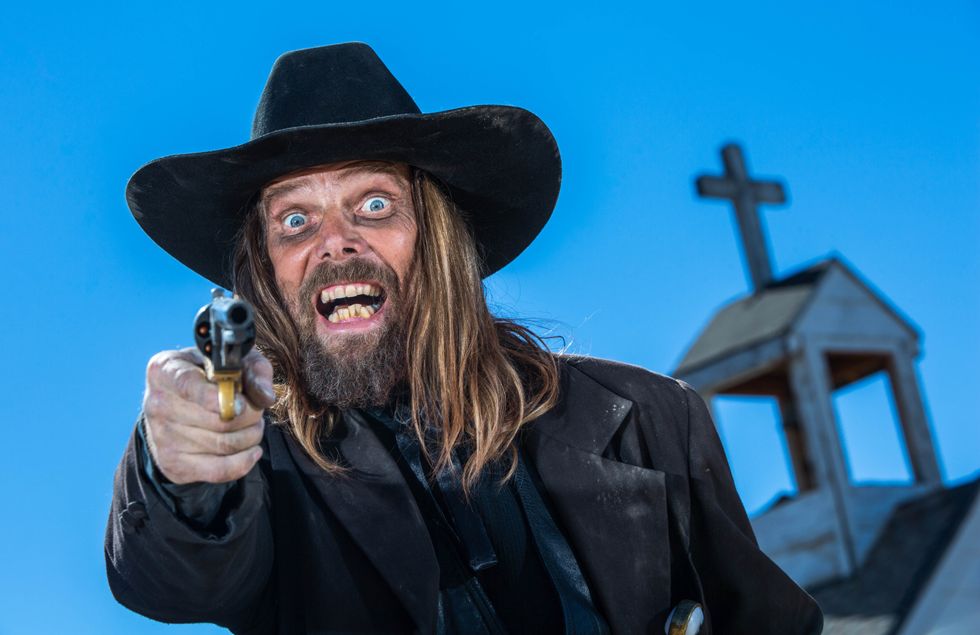 During mass on Palm Sunday, Father Edward Fride of Ann Arbor, Michigan announced to his congregation at Christ the King that the church would begin offering Concealed Pistol Licensing classes, which he urged churchgoers to attend. But some of Father Ed's flock were not eager to adopt a policy of carrying guns at mass. Feeling rejected, Fride wrote a lengthy letter to his parishioners defending the shooting classes he was already coordinating on church grounds.

Fride begins his missive by warning his flock that "We're not in Mayberry anymore, Toto!" and confesses that he still has nightmares about flying monkeys from the Wizard of Oz ("those wretched and heinous beasts," he calls them).

Perhaps, Fride muses, his followers who oppose Catholic firearms training simply misunderstand his point of view. Fride clarifies that, despite some apparent confusion, he was definitely not trying to lead the parish in "creating a Christ the King militia to fight against the Moslem threat posed by Dearborn." As for church goers who tell Father Ed that they're afraid of guns? "My response to one woman," the priest writes, "was, 'well, how do you feel about rape?'"

Fride is just trying to protect churchgoers from a surge in violent criminality that perhaps they're too naive to be aware of, the priest explains. Fride relayed how, during a Concealed Pistol Licensing class at Christ the King, a Detroit cop told him that, because the city of Detroit now allows concealed carry, urban criminals are looking to the gun controlled suburbs as a plentiful source of unarmed victims.

To those who say, "It could never happen here" about mass shootings in a Michigan Catholic church, Fride counters with the experience of "the ancient Christian community of Mosul," who failed to arm themselves against invaders and who are "now dead or in exile and whose ancient Cathedral has been desecrated."

In his letter, Fride describes how he reached out to other places of worship in the area. He was distressed when a nearby Presbyterian church seemed uninterested in collaborating on organized Christian armament. And even though he pointed out to church leaders that he had "walked into the building, through unlocked doors, during a time when the building was filled with Christ the King kids and others doing the homeschool co-op." Thankfully, some other protestants in Ypsilanti were more amenable to Fride's ideas regarding guns in places of worship.

Fride's boss, Bishop Earl Boyea, did not take kindly to his underling encouraging area Christians to pack heat. In a formal statement - which Christ the King published on its website - Boyea stated that, while he had never authorized the presence of guns on church property before, he would now declare schools and places of worship in the Diocese of Lansing to be "gun-free zones."

Also on Christ the King's website - Fride's response to the bishop canceling his target practice plans: "Lord Jesus has blessed us greatly in calling Bishop Earl Boyea to serve us as the fifth Bishop of Lansing," Fride writes. "As our Bishop, he is responsible for setting policy for our parishes and he has decided and publicly stated that Concealed Pistol Licensing classes are not appropriate on Church property. That is his call to make and we will obviously follow his policy on this and on all decisions he makes as he shepherds this Diocese."