'Hunger Games' star's stunning critique: What if America loved black people as much as black culture? 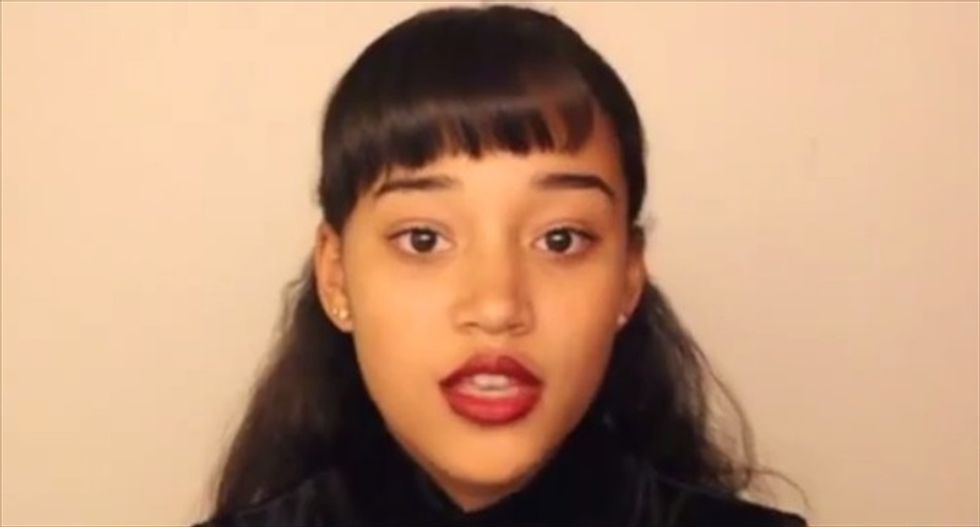 One of the stars of the Hunger Games movie series called several pop stars on the carpet for appropriating black culture in a nearly 5-minute critique of the music and fashion industries, NBC News reported.

"The line between cultural appropriation and cultural exchange is always going to be blurred," 16-year-old Amandla Stenberg says in the video. "But here's the thing: Appropriation occurs when a style leads to racist generalizations or stereotypes where it originated, but is deemed as high fashion, cool or funny when the privileged take it for themselves. Appropriation occurs when the appropriator is not aware of the deep significance of the culture that they are partaking in."

The video, titled "Don't Cash Crop My Corn Rows," began as a school project but got wider attention after being posted online. Stenberg shows clips of singers Miley Cyrus and Katy Perry engaging in the behavior in both their attire and, in Cyrus' case, her emphasis on "twerking" while using black women as "props."

"What would America be like if we loved black people as much as black culture?" Stenberg asks.

As the Washington Post reported, Stenberg was the victim of a racist backlash from fans of the original Hunger Games book series after being cast as Rue, despite the character explicitly being described as black by the author, Suzanne Collins.

Watch Stenberg's commentary, as posted online on Wednesday, below.