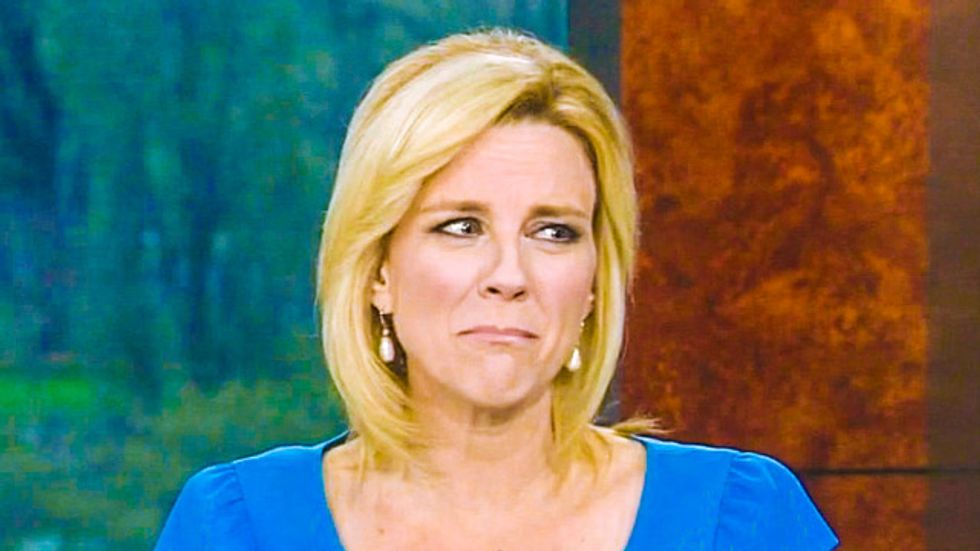 When we -- and by "we" I mean "me" -- last saw Laura Ashburn, she was making a sad face on Fox News because we were making fun of her sad face on an earlier Fox News episode.

We assume this prompted a third sad face for a Laura Ashburn Sad Face Trifecta which wins us valuable prizes and cool gear.

The last time anyone else saw Laura Ashburn was when Fox, let's see -- how do we put this nicely? -- said, "There is the door. Go on the other side of it. Walk away. Never come back."

Officially this makes Ashburn the first Fox Blonde to be fired for not being very good at her job which -- with Elizabeth Hasslebeck still roaming the Fox halls sprinkling Jesus water to drive out evil spirits -- is hard to believe. So the question is: how awful was Ashburn at the whole newsy-opinion thing?

If Ashburn wanted to make a splash, she certainly did but ended up getting whatever it was that she splashed all over herself.

Where’s the Media Outrage for This Gruesome Abortion Story?

The gruesome (got that part right) abortion (wrong wrong wrong) story is about, as Ashburn writes, "a 26-year-old Colorado woman [who] had a fetus cut from her stomach last month by a woman who came to her house under the guise of buying baby clothes."

For reasons that former "media critic" Ashburn seems unable to grasp, the media -- specifically conservative media -- failed to stoke up the always fiery outrage machine over this "abortion" that was ... not an abortion.

Why is that? Because conservative women and editorial writers are big cowards who never talk about abortion, she said. Ever. Like: not. They don't do it. Stop asking. Shut up, already.

At a recent conservative women’s lunch in Washington, D.C., many women told me they would not raise their pro-life beliefs in the workplace or speak out on TV or print because it could hurt their careers. “I know when I’m in a room that some of the women I’m speaking to must have had abortions,” said one participant. “It’s not an issue I want to be vocal about.”

Into this breach Ashburn has flung herself, describing the forcible cutting up of a woman against her will by a maniac who wanted to steal her baby "an abortion."

"Smart take," as they say in the opinion trade.

I understand the reluctance of conservatives to be willing  to engage in the "choice" argument; preferring "pro-life/anti-life"  as if abortion rights activists aren't interested in the  lives of women and children. But it doesn't an OB-GYN, or even someone who worked for a smarmy moron like Howard Kurtz, to realize that being attacked and having your baby ripped out of you  doesn't even touch the edges of the word "abortion."

Needless to say, we look forward to more "smart takes" from Ashburn, including how being raped makes you a slut, and being held up at gunpoint and handing over all of your valuables makes you a socialist.