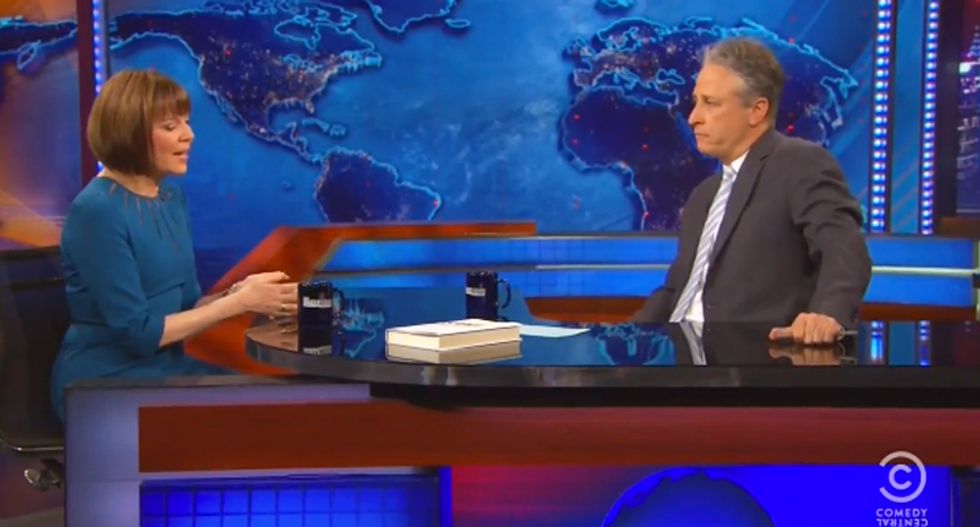 Earlier this week Neil Lewis -- formerly of the New York Times --  cast a jaundiced eye on what he called Judith Miller's "rehab  tour," as she hit the talking head shows/media sit-downs promoting her "mistakes-were-made-but-not-just-by-me" memoir, "The Story: A Reporter’s Journey."

Miller, who is notable for being the Bush Administration's go-to cheerleader for the war in Iraq, is trying to rehabilitate her well-deserved image as a willing dupe who funneled Bush Administration propaganda onto the front page of the New York Times in return for access and flattery.

While admitting that he and Miller have a lot of bad blood between them, Lewis pointed out that the timing of Miller's mea culpa -- very light on the "me" -- makes use of the passage of time and disinterested interviewers extending professional courtesy to a fellow journalist to help her promote her book. This allows Miller to muddy the water and spread the blame, saying "we all screwed up."

"She has made sporadic efforts before to defend her reporting. But now she’s employing an important element in the modern method of obfuscation and confusion. Waiting several years after the events, she tries to take advantage of fading memories, especially involving detailed and complicated matters," Lewis wrote. "Time and complexity are the best friends of a determined distorter of events."

It's a great piece, go and read it.

Wednesday night, Miller sat down with Jon Stewart and he gave a master class in adversarial journalism; something Miller was obviously incapable of in the run-up to the war. Several things are notable about the interview that was so contentious you could feel the studio audience holding their collective breath because comedic schtick was being set aside and the type on interviewing that should happen on "Meet The Press" was happening in real time.

One: Judith Miller is absolutely incapable of personally accepting blame for being wrong when writing about the WMD's. When confronted over her notorious front page article on Sept. 8, 2002, stating Saddam Hussein was trying to build atomic bombs, Miller was quick to interrupt and point out that it was co-authored by Michael Gordon. At other times she attempted to lessen her culpability by saying  "lots of reporters" who covered WMD got it wrong, or that Hillary Clinton and John Kerry supported the war.

Secondly, Stewart did his homework before the interview. He had obviously read the book, and had a terrific grasp of the sequence of events, dates, and characters involved. He didn't treat the interview as a "let me  help you sell your book and then we'll go to the the White House Correspondents' Association dinner and after-party and laugh laugh about our incredible good fortune" lark. Virtually nothing Miller said went unchallenged, including when she tried to downplay the controversy,  calling it "journalism," which Stewart immediate smacked down.

Lastly, the interview ended with Stewart hardly looking at her and  -- you've heard the expression 'his contempt was palpable'? -- whoa, nelly.

"Alright. We're obviously never going to see eye-to-eye on it. I appreciate you coming on the program," Stewart said while looking down at his desk." These discussions always make me incredibly sad because  they point to institutional failure at the highest levels and no one will take responsibility for them."

What stands out is the fact that Stewart truly believes that the war was "most devastating mistake in foreign policy that we’ve made in, like, 100 years.” That he sees the big picture of lives lost and a country that was devastated by warmongers, liars, and sociopaths.

To Miller, the war and her reporting of it was just something that happened, and mistakes were made, and it's time to move on, and won't you buy my self-serving book?

She's a monster -- who reportedly got a $1.2 million dollar advance for the book -- and even the New York Times isn't buying it.

Watch the video below, uploaded to YouTube by Michale Roonic: