Julius Caesar may have suffered mini-strokes that changed his personality in later life: study 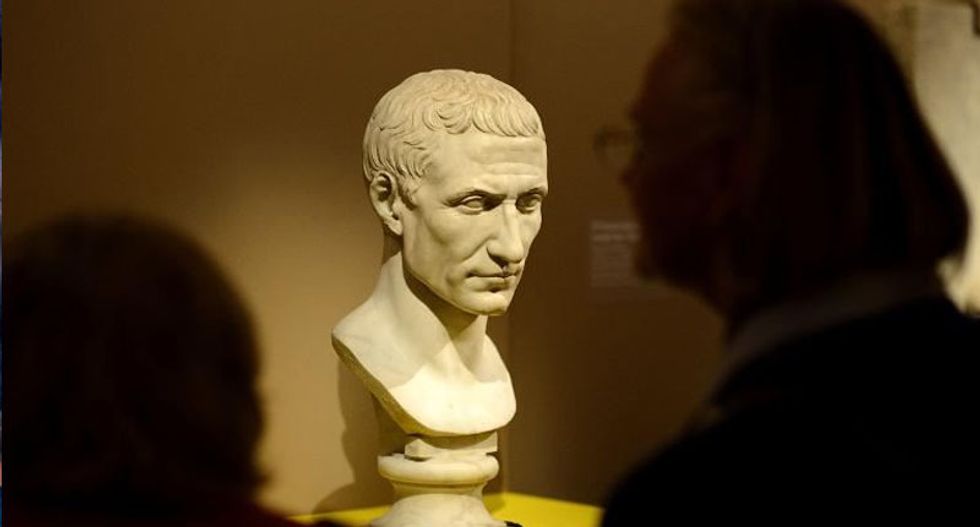 Caesar, who lived from 100 to 44 BC, has long been the focus of medical debate, with the common assumption being that he suffered from epilepsy (AFP)

Roman emperor Julius Caesar may have suffered a series of mini-strokes, explaining his dark mood in later life, according to doctors at London's Imperial College.

Caesar, who lived from 100 to 44 BC, has long been the focus of medical debate, with the common assumption being that he suffered from epilepsy.

But medical experts from the London university have reexamined his symptoms, which included vertigo, dizziness and limb weakness, and concluded that he may have in fact suffered from a cardiovascular complaint.

"To date, possible cardiovascular explanations have always been ruled out on the grounds that until his death he was supposedly otherwise physically well during both private and stately affairs," said an excerpt of the study written by Francesco Galassi and Hutan Ashrafian.

"When re-evaluating his symptoms, it can be noted that Caesar suffered falls during his campaigns in Spain and Africa at Cordoba and Thapsus," it added.

"He reported symptoms of headaches, vertigo and later on mentioned giddiness and insensibility, when he could not stand up as senators honoured him."

Caesar famously collapsed at the Battle of Thapsus in 46BC and had to be carried to safety.

"All of the symptoms reported in Caesar's life are compatible with him having multiple mini-strokes," Galassi told The Guardian newspaper.

The doctors, who researched ancient works including those by Roman scholar Pliny the Elder, also suggested that damage to the brain caused by the mini-strokes could have led to his changing personality and depression in later life.

Epilepsy was considered a "sacred disease" during the time of Caesar's reign, possibly influencing the diagnosis of his condition, they argued.

One of history's great military and political figures, Caesar helped Rome conquer Gaul before triggering a civil war by defying the Senate, where he was assassinated.