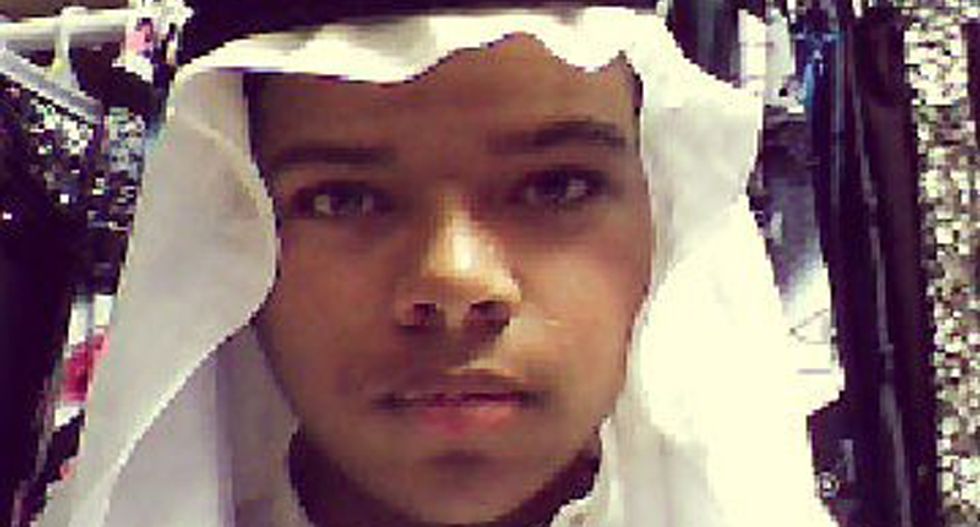 A Kansas man was arrested on Friday as part of an FBI sting operation in which he was plotting a suicide car bombing at Fort Riley army base in support of the Islamic State militant group, prosecutors said.

John T. Booker, Jr., 20, of Topeka, had arrived at the Kansas base with two undercover FBI agents to detonate what he did not realize was an inert bomb, prosecutors said.

Booker was charged with three criminal counts including attempting to use a weapon of mass destruction and attempting to provide material support to Islamic State fighters, who have captured parts of Iraq and Syria over the past year and have sympathizers in several countries.

A second Topeka man, Alexander Blair, 28, was arrested and charged on Friday with failing to report a felony. Blair shared some of Booker's views, knew of his intent to detonate a bomb at Fort Riley and loaned Booker money to rent a storage unit Booker used to store bomb components, prosecutors said.

According to the criminal complaint, the Federal Bureau of Investigation had been tracking Booker since March of last year when he posted Facebook messages in which he said: "Getting ready to be killed in jihad is a HUGE adrenaline rush!! I am so nervous. NOT because I'm scared to die but I am eager to meet my lord."

Booker had signed up for the U.S. army in Kansas the previous month and when interviewed by FBI agents after the Facebook postings admitted he had enlisted "with the intent to commit an insider attack against American soldiers" similar to the attack carried out in November 2009 by Major Nidal Hassan at Fort Hood, Texas, the complaint said.

He was denied entry into the army as a result.

Imam Omar Hazim of the Islamic Center of Topeka told the Topeka Capital-Journal newspaper he talked with Booker over the past year to help him "unravel some of the confusion," adding that Booker battled with schizophrenia and bipolar disorder.

"He was getting some counseling, trying to understand," Hazim, who said he also met with the FBI in regard to Booker's statements, told the Journal. "Maybe he came to me too late, I don't know."

Since October, Booker had unknowingly been in contact with an undercover FBI agent and in March of this year was introduced to another undercover agent who posed as a high-ranking Islamic sheik planning attacks on the United States.

On March 10, Booker, accompanied by the two undercover agents, made an ISIS propaganda video near Marshall Army Airfield at Fort Riley, prosecutors said.

Booker waived his right to a detention hearing on Friday, and is in custody pending trial.

If convicted, Booker faces up to life in prison and Blair faces up to three years in prison. Lawyers for Booker and Blair could not be immediately identified for comment.