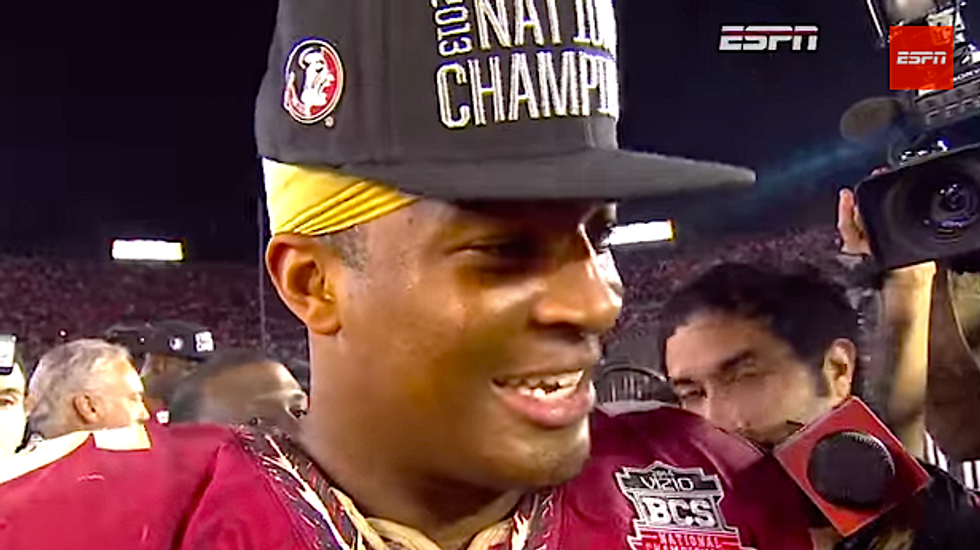 A lawyer for college football star quarterback Jameis Winston, a contender for the top pick in the upcoming National Football League draft, on Friday labeled as a "stunt" the lawsuit filed a day earlier in a Florida court by a woman who says he raped her.

Winston, 21, did not face criminal charges in the alleged 2012 rape and was cleared of any conduct code violations as a student at Florida State University. He has said the sexual encounter was consensual.

The lawsuit, which seeks monetary damages, comes at a time of increased scrutiny of the NFL's handling of allegations of rape and domestic violence by its players.

The woman, Erica Kinsman, filed the lawsuit in a state court in Orlando on Thursday, in part seeking to force Winston to answer questions under oath about what happened during the December 2012 encounter after the pair met at a bar near campus, according to her attorney, John Clune.

"She wants Mr. Winston to be held accountable for what he did, and nobody else has seemed that motivated to do that so far," Clune said.

David Cornwell, Winston's lawyer, said in an email on Friday that his client "welcomes the opportunity to clear his name with the truth."

"This stunt was expected," Cornwell said of the lawsuit. "Ms. Kinsman's false accusations have already been exposed and rejected six times. This time will be no different."

Winston won the Heisman Trophy in 2013 as the top U.S. college football player, and he is considered a leading choice for the top NFL draft pick held by the Tampa Bay Buccaneers.

"Mr. Winston is looking forward to the upcoming draft. He will not permit this ploy to distract him," Cornwell said.

The NFL draft, starting on April 30, factored into the timing of the lawsuit, Clune said, noting Kinsman did not want to be accused of protecting Winston until he secured a lucrative contract.

Winston has faced questions about his off-the-field behavior in college including yelling a vulgar phrase on campus and a citation for shoplifting.

Reuters typically does not name possible victims of sexual assault. But Kinsman has been identified publicly and has told her story in a documentary film on college rape.