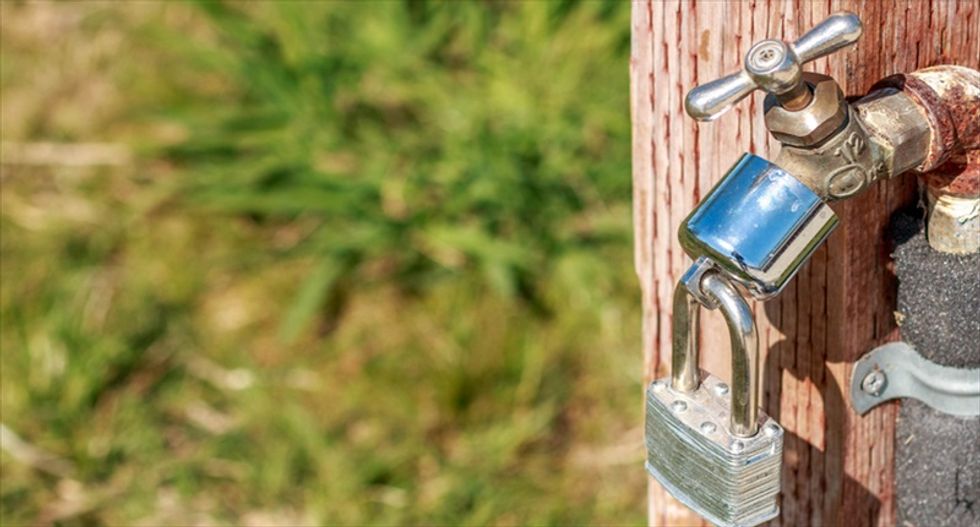 An estimated 19 million water customers could feel the hit from the Metropolitan Water District’s decision, one that falls in line with Governor Jerry Brown’s call on cities and residents to conserve 25% more water than they did in 2013.

The decision didn’t come without controversy. Many members objected to the 15% or “level three” cut, citing the need to conserve more water amid uncertainties. It remains unclear how much water the MWD will obtain from the California State Water Project this year, and how yet-to-come regulations from the State Water Resources Control Board could impact member water suppliers – the places where Californians buy their water.

“I’m still not convinced we should stay at level three; I believe it is the wisest thing for our region to stay at level four [20% cut],” said board member Judy Abdo from the city of Santa Monica. “To me, it’s like spending down our savings account and hoping to win the lottery to pay it back.”

A motion to cut water allocations back by 20%, as suggested by Abdo, failed, with just a quarter of the members voting in favor of it. The motion to approve the 15% cutbacks and review drought conditions in December passed, but not without controversy. Just 67% of the board approved the measure, leaving several members to protest what they saw as too scant a cut.

This is the fourth time the district has enacted such cutbacks, and the second time since the turn of the 21st century. The first such cutback was in 1977, at the request of Jerry Brown, during his previous tenure as governor. The second was in 1990, but only lasted from July to April of that year because of the “Miracle March”, when the drought suddenly broke with a succession of spring storms. The latest cutback was in 2008.

Though a complex formula, the Metropolitan Water District will determine how much water each of its 26 member agencies can count on receiving from the wholesaler. The water agencies obtain from MWD typically represents one piece of their total supply, which can include other sources, such as groundwater.

If retail-level agencies use more MWD water than their allotment, they will face stiff surcharges of up to $1,480 per acre foot of over use. For agencies that exceed their allotment by more than 15%, the surcharges are $2,960. For a sense of scale, the MWD expects to deliver 1.8m acre feet of water to agencies from 1 July to 30 June 2016.

Tuesday’s decision comes after hours of debate among members of the MWD’s water stewardship board on Monday, during which many members also argued to conserve more water.

For Californians, the number to bear in mind will continue to be 25%. Though some of California’s urban water agencies will have lower conservation targets, a recognition of their conservation achievements to date, some could face even higher numbers. For example, the town of Carlsbad (an MWD member) could face cuts as high as 35%.