Marijuana is a gateway drug to hippie farming utopia, as this Oakland couple shows 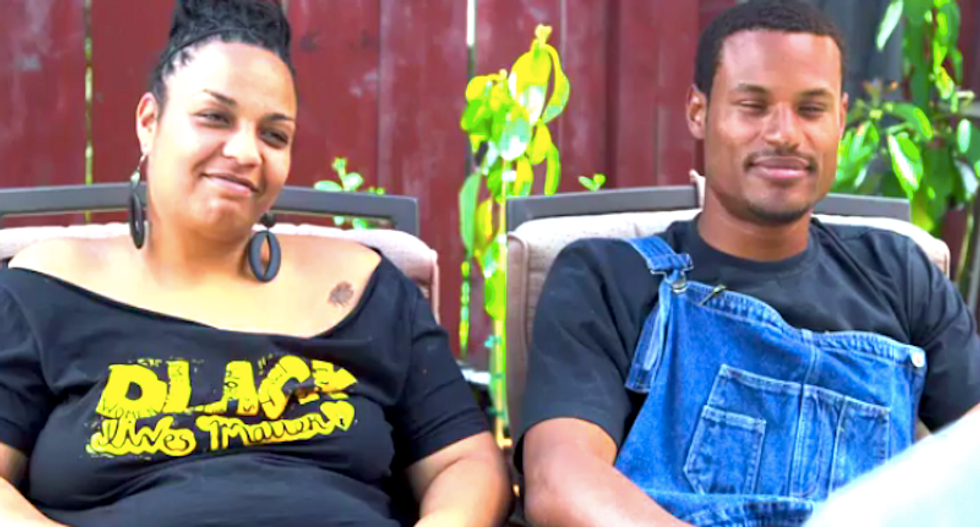 An Oakland couple shows why it might be good to let stoners grow their own weed supply.

Karissa Lewis said her mother, quoting the philosopher Howard Thurman, suggested that she ask herself what makes her come alive, and the couple realized their passion was pot.

“So we just started growing copious amounts of pot,” she said.

Marijuana cultivation is a felony under California law, although growers are eligible for diversion if there is no evidence they intended to sell their crop.

Region Lewis said they soon began growing other crops when they were in season, and decided that farming was something they wanted to do with the rest of their lives.

She said farming puts them in touch with their African roots, which she said is intimately tied to working the Earth.

Six families now live at the Full Harvest compound, but even the livestock contribute to the operations.

“Goats like weed just as much as we do,” Region Lewis said.

However, they like the plant only in its vegetative state, so he lets them trim the plants.

The livestock is allowed to roam free over the farm, but Region Lewis admits he and his wife have disagreed over caging them.

Karissa Lewis is more philosophical about giving the animals freedom.

“He’s formerly incarcerated, so he should be aware of what that does to somebody’s ability to feel free and nourished and alive,” she said.

Region Lewis said their farm offers a corrective course for the war on drugs – which he said was implemented to lock up black men like himself.