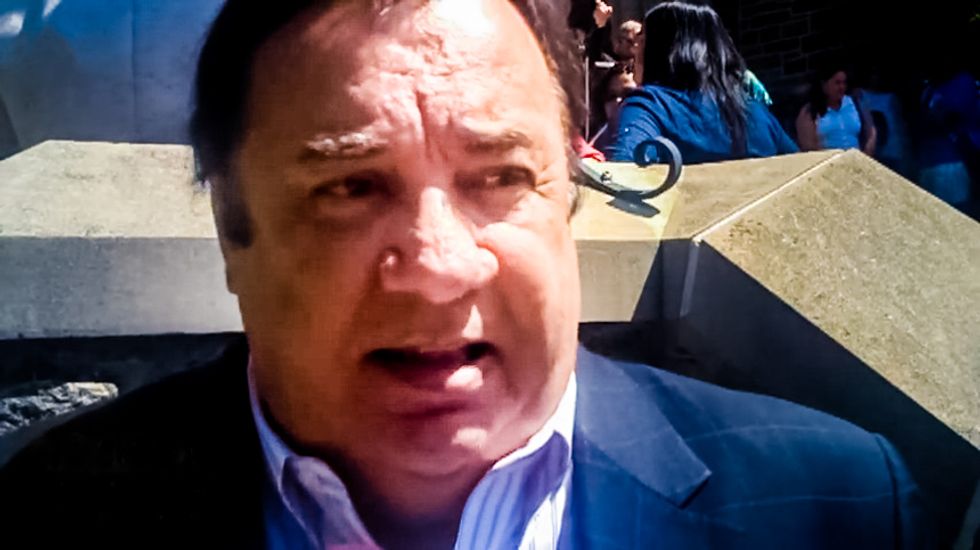 Republican Maryland state Delegate Patrick McDonough suggested this week that parents did not deserve to continue receiving food stamps if they refused to stop their children from protesting the death of Freddie Gray in Baltimore.

In audio obtain by First Look's Lee Fang, a caller on a Baltimore radio program asks McDonough why the government could not "take away benefits from families, from like the parents who are collecting welfare" if the protesters were "too young."

“That’s an idea and that could be legislation,” McDonough volunteers. “I think that you could make the case that there is a failure to do proper parenting and allowing this stuff to happen, is there an opportunity for a month to take away your food stamps?”

McDonough goes on to say that a "scientific study" is needed to understand the mindset of "thug nation."

"These young people, they’re violent, they’re brutal, their mindset is dysfunctional to a point of being dangerous,” he says. “We have got to study, investigate, and really look at what this is all about.”