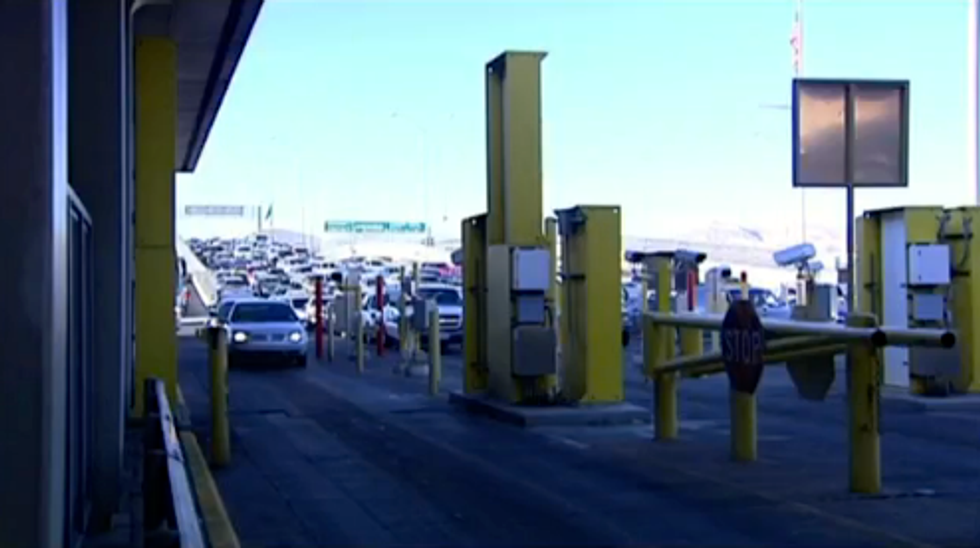 The iridium-192 source, marked X-571, was inside a container when it was stolen on Monday from a truck in Cardenas, a town in southern Tabasco state, the interior ministry said in a statement.

"This source is very dangerous to people if it is removed from its container," the statement said, in the latest theft of radioactive material to hit Mexico.

The ministry launched an alert for civil protection authorities in the states of Tabasco, Campeche, Chiapas, Oaxaca and Veracruz, as well as the federal police, the navy and the army.

The theft was reported by the company Garantia Radiografica e Ingenieria.

The ministry said that, if not handled with proper protection, "this source could cause permanent injuries to the person who handles it or who has been in contact with it for a brief time (minutes or hours)."

"Being close to this quantity of unprotected radioactive material for hours or days could be fatal," the statement warned.

National civil protection coordinator Luis Felipe Puente used his Twitter account to urge anybody who locates the source to "not handle or stay close to it."

Officials urged the population to establish a 30-meter perimeter (yard) and contact authorities if they find the material.

Iridium-192 is a manmade radioactive element that can cause burns, acute radiation sickness and even death, according to the US Centers for Disease Control and Prevention. It is used to treat cancer or in industrial gauges that inspect welding seams.

It was only the latest case of radioactive material being stolen in Mexico.

In December 2013, thieves took a truck containing a cancer-treating medical device with highly radioactive cobalt-60 near Mexico City, but they were apparently unaware about the contents of the cargo.

Authorities arrested and hospitalized five suspects in that case after recovering the potentially lethal material. They all survived.

That theft prompted the International Atomic Energy Agency to issue an alert for "extremely dangerous" material and the US government to keep tabs on the situation.

More recently, in February, authorities recovered in central Mexico three stolen trucks that had been transporting radioactive material for industrial use.

A similar incident took place in July 2014, also without causing harm to the population.

The theft came a day after authorities recovered a trailer truck that had been stolen in the central state of Puebla and contained paraformaldehyde, a highly toxic and flammable material.

Criminals have stolen other materials in Mexico that have endangered or even harmed populations and the environment.

On Sunday, thieves punctured a pipeline in Tabasco's capital, Villahermosa, causing an oil pipeline in rivers and forcing authorities to shut down water filtration plants, affecting half a million people.

The water filtration system was being restored on Wednesday, but 100,000 people remained without fresh water.

Drug cartels have diversified their business in Mexico, stealing fuel, exploiting iron ore mines and extorting all kinds of people.

But it is unclear whether radioactive material is a new source of revenue for organized crime gangs.