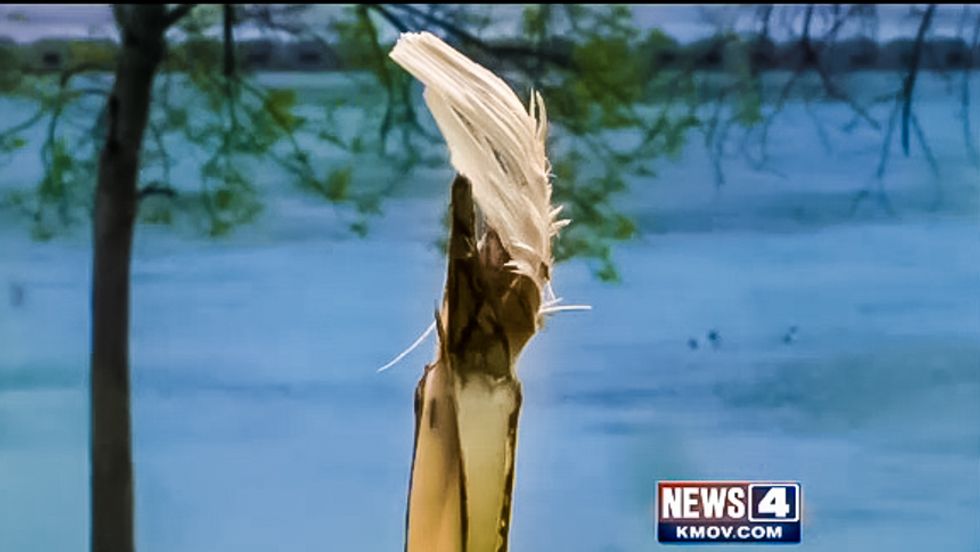 A memorial tree in honor Michael Brown was cut down (KMOV)

A tree planted to memorialize the death of teenager Michael Brown in Ferguson, Missouri was reportedly chopped in half this week less than 24 hours after it was dedicated.

According to KMOV, the Black Caucus of the American Library Association dedicated the tree in a Ferguson park over the weekend. But by Sunday morning, it had been cut down, and only the trunk was left standing.

Authorities said that a stone memorial that had been dedicated with the tree was also missing.

Members of the Black Library Association who gathered on Saturday said that they wanted the tree to be a "symbol of peace and comfort and hope for all who gather under its branches."

A spokesperson for the Ferguson Police Department told KMOV that the incident was being investigated as an act of vandalism. But the department said that it did not have any leads in the case.