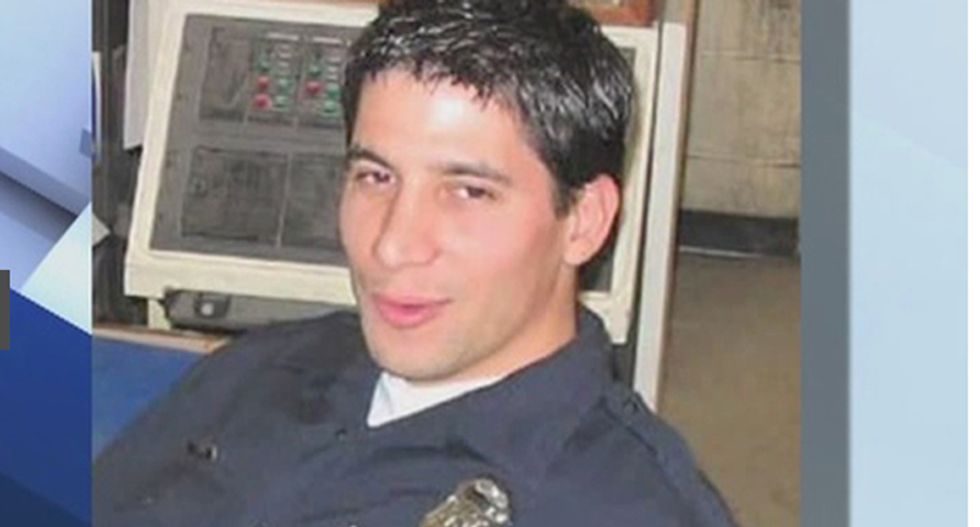 A Michigan police officer with a string of lawsuits and accusations filed against him over the years-- including Tasering his partner and assaulting a disabled man -- has now been accused of arresting two women and holding them in jail without ever filing any charges.

Highland Park police officer Ronald Dupuis -- already under investigation for beating a suspected car hijacker -- has been accused by two women of arresting them and holding them in jail for four days without every charging them with a crime, according to WXYZ.

According to Robert Morris, attorney for Rhianna Turner and her domestic partner Kera Hill, Dupuis arrested the two women when they were playfully wrestling over a set of keys in front of the old Detroit police headquarters in 2013. Despite the women's insistence that  they were not assaulting each other, Dupuis took them into custody before driving them to  the Highland Park station where they were held in a cell for four days before being released without charges ever being filed.

“The fact that he actually took them to Highland Park, which has no jurisdiction with anything that could have occurred in Detroit, and he was able to convince his supervisors, who were already skeptical and didn’t understand why my clients were locked up – he was actually able to override their authority and keep my clients for four days,” Morris explained.

According to the attorney, Turner lost her job with the city as a Detroit Parking Enforcement Officer because of her jail stay.

Dupuis, already under investigation for the beating of the alleged car hijacker earlier this year, has been in the spotlight for the past decade, having worked for seven different police departments, leaving either under a cloud or in a flurry of lawsuits.

According to the Detroit Free Press, since 2004 Dupuis has been accused of unlawfully locking up suspects, choking a woman in her jail cell, stalking a woman, and assault, -- including using a Taser on his partner.

Dupuis has also sued several of the various police departments that have employed him, claiming discrimination,  failure to defend him against accusations from the public, and for terminating him.

In 2012 , Dupuis accidentally shot himself in the leg while standing outside a jail cell at the Highland Park station.

Watch the video below from WXYZ: