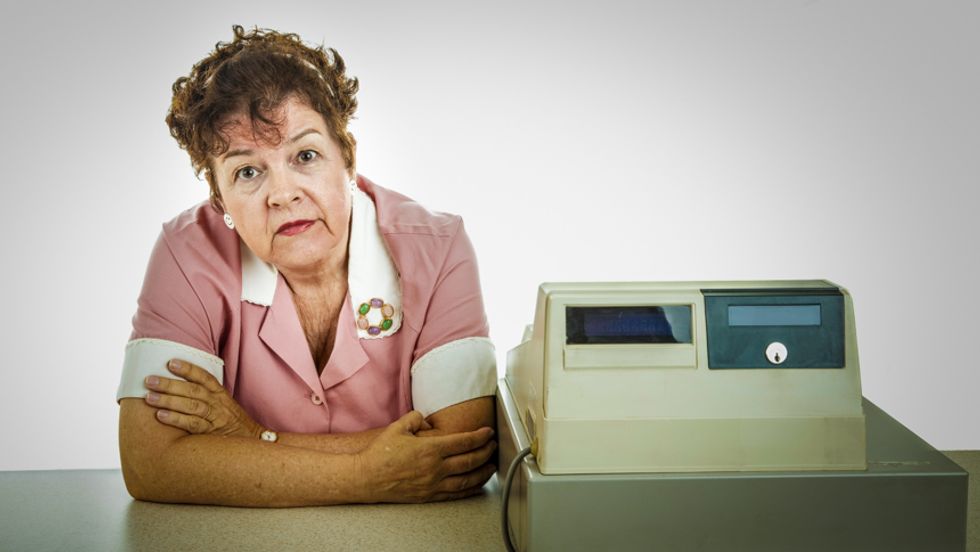 Cashier bored because there are no customers. Isolated on white. (Shutterstock.com)

The Minnesota state House this week passed a bill that would cut the minimum wage for thousands of restaurant workers who receive tips.

The Star Tribune reported that the measure passed by GOP-controlled state House on Wednesday was packed with rollbacks to appease the hospitality industry.

If the bill is signed into law, it would create a two-tiered minimum wage that critics referred to as a "tip penalty." Restaurant owners would be able to pay employees a lower wage if they made at least $4 an hour in tips.

Republican lawmakers said that they wanted to pass the law before the minimum wage rose to $9.50 an hour in 2016, arguing that it would force restaurants out of business.

But state Rep. Tim Mahoney (D) suggested that the measure was an attack on 8,000 women over 30 who had children and worked for tips.

“The message from this bill is that you’re making too much money,” he explained. “It wants to keep people making $12 per hour rather than making $14 or $15 an hour. If you tried living on $30,000 per year in this state, you’d understand that a couple of thousand dollars per year makes a huge difference.”

Another provision in the bill, would ban local municipalities and airports from raising the minimum wage above the state minimum wage.

"The bill also was packed with other controversial provisions, especially related to energy," the Star Tribune reported. "It would end certain conservation and renewable-energy programs, including greenhouse-gas-reduction goals; repeal the moratorium on new nuclear plants, and rescind the ban on importation of coal-fired power."