Misogynists disrupt sci-fi convention, play the victim when kicked out 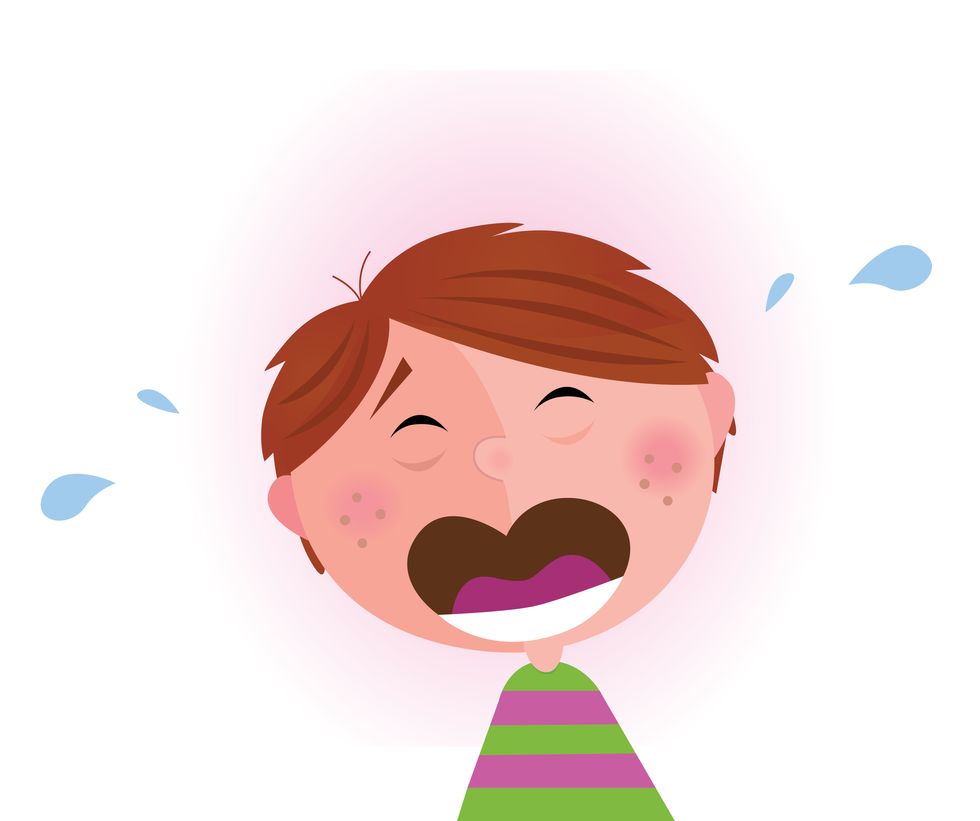 Regular readers who follow the increasingly bizarre antics of "men's rights activists" (MRAs) have probably seen this strange story of a Gamergate-affiliated attempt to disrupt the Calgary Expo, a sci-fi convention apparently targeted because MRAs are pissed about their anti-harassment policies. (Protecting the "right" to harass is a number one concern for MRAs, and has driven most of Gamergate's energy.) A group that calls themselves the "Honey Badgers"---a group that exists to put a female face on movement misogyny, even though the group is half male, in an ill-fated attempt to pretend it's not misogyny---showed up to troll the conference and got kicked out. Which was entirely predictable, as they knew they were breaking the no-harassment rules, and suggests that the was a plot to get kicked out so they could preen about how they are all victims of the feminazi cops.

Knowing Calgary Expo doesn't want to be party to hate speech, the Honey Badgers used false pretenses to get in, according to the Mary Sue.

However, Honey Badger Radio did not use their website to apply for vendor/exhibitor status. The “Honey Badger Brigade” on the Calgary Expo website links to a webcomic site (run by Honey Badger Tieman) instead. If you didn’t think all of this was enough to warrant expulsion from the convention (it is), there’s more.

Once there, they trolled and took over a panel on women in comics, insisting that the conversation be about men in comics. The excuse for this was to argue that speaking of men in comics is somehow verboten, an assertion easy to disprove by popping into any panel where popular male characters like Superman, the Arrow, all of the Avengers but Black Widow, etc. are discussed. You know, the usual misogynist bullshit.

What really amazed me about this entire fiasco is how far MRA-types have crawled up their own asses. Unable to admit directly that they desire a world where women are marginalized and objectified, they instead spew rambling, bizarre rhetoric that, as often as not, says the opposite of what their intentions clearly are. It's an attempt to drown you in bullshit until you get frustrated and stop arguing with them, honestly---a tactic that erupts in any comment section on this subject.

The Mary Sue coverage has some really fantastic examples of what I mean. For instance, from the Honey Badger announcement of their plans to infiltrate the conference under false pretenses and disrupt it:

In April of this year, the Honey Badgers plan to put on a booth at the Calgary Comics and Entertainment Expo! We plan to infiltrate nerd culture cunningly disguised as their own. Each of us has been carefully crafting a persona of nerdiness through decades of dedication to comics, science fiction, fantasy, comedy games and other geekery, waiting for this moment, our moment to slip among the unaware. Once there we will start distributing the totalitarian message that nerd and gamer culture is… perfectly wonderful just as it is and should be left alone to go it’s own way.

As men’s issues advocates and defenders of creator’s rights to create unmolested, that’s what we have to say to the nerds and geeks and gamers. You are fantastic as you are, carry on.

Here's a question: If geeks and nerds are fantastic as they are and should be allowed to carry on, why would you deliberately lie about who you are in an effort to disrupt a convention? Disrupting the convention and trying to ruin it for the participants shows that they do not believe that geeks and nerds are fine and should be left alone. On the contrary, they are clearly offended that geeks are having geeky discussions about feminism and representation in comics and other nerdy endeavors, and they want to shut that discussion down. Harassing people, by definition, is not leaving them alone. Derailing a perfectly decent conversation is the opposite of leaving them alone. Trying to punish the Expo for its perfectly reasonable anti-harassment policies is the dictionary definition of trying to control the choices of others. If you sincerely want to tell people they are "fantastic as you are, carry on", you do not harass them, attempt to silence them, attempt to disrupt and destroy their attempts to create a fun conference, etc.

Another big theme of the Honey Badgers is claiming that they're opposed to portraying women as "victims", whatever that means.

The Honey Badgers are a diverse group of female gender apostates–women who oppose outdated ideas of gender, particularly the association of womanhood with weakness. We offer an alternative to the damaging portrayal of women as victims of geek and gamer culture.

When reactionaries say stuff like this, what it means is that people who have actually  been victimized should suffer in silence. In other words, in order to avoid "the association of womanhood with weakness", they demand that women actually be weak: Be afraid to speak up, to suffer in silence, to hate yourself and believe that you deserve it when people harass you, abuse you, or even sexually assault you.

When it comes to representation, same story: The reason the "women in comics" panel offends them is because they know that the discussion will be about how women deserve to be portrayed as strong, ass-kicking people, just as men are. The Honey Badgers prefer a status quo where female characters are primarily weak, used as window dressing and damsels in distress. That's why they're attempting to disrupt any discussion that would lead to diverse portrayals of women that give female characters strength and agency.

Indeed, the only people playing the victim---as opposed to speaking up for actual victims, as feminists do---are the Honey Badgers, who have put together 4-plus  hours of online video whining about how they shouldn't have to put up with the consequences of openly and aggressively breaking rules they agreed to follow to get into the convention. Apparently, the only legitimate "victims" are aggressors who are angry that people push back when they harass and abuse them.

Honestly, I worry about these folks. The pretzel logic these assholes put themselves through to justify their hateful worldview is so contorted that I fear it may cause brain damage.

The good news is that people are beginning to realize there's no real value in trying to argue with them, as they are arguing in bad faith. Instead, the only thing to do is to just accept that this is a hate group and deal with them accordingly. Just as with white supremacists, there's not a lot of value in trying to argue with their pretzel arguments about "white pride" and "protecting white culture": You just accept that they're a hate group and proceed accordingly. Same story here. Obviously, pro-misogyny groups are aware that their presence is no more welcome than if neo-nazis wanted to set up a booth at a sci-fi convention, and so they're going to lie about who they are in order to sneak in. But after this debacle, I suspect a little more vigilance will come into play for convention organizers.

During a "Morning Joe" panel discussion on the Republican Party sticking with Donald Trump despite losing the White House, along with the Senate and the House, regular MSNBC contributor Donny Deutsch expressed incredulity that the party can't seem to comprehend that he is a "loser."

Twitter continued its high-stakes game of whac-a-mole Thursday by suspending several accounts that were reportedly used to re-post the musings from the blog of former President Donald Trump, who is currently banned from the platform.