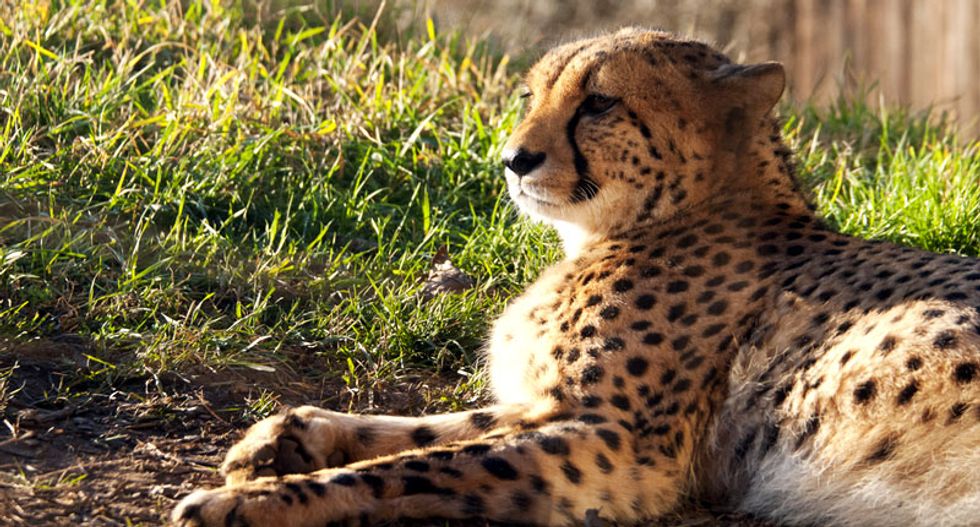 A cheetah lying on the ground (Shutterstock)

An Ohio mother has been charged with child endangerment after she allegedly dropped her 2-year-old son into a cheetah enclosure at a Cleveland zoo during the weekend, court documents showed on Monday.

The boy ended up in the enclosure with two cheetahs on Saturday and was quickly recovered. He was not injured by the animals, according to a statement from the zoo, but media reports said he suffered a broken leg.

Michelle Schwab, 38, of Delaware, Ohio, is scheduled to be arraigned on Tuesday in a Cleveland court for one count of children endangerment, a misdemeanor, the document said. No lawyer was listed for her on the report.

Witness said Schwab was holding her son over an observation wall at the Cleveland Metroparks Zoo when he fell several feet into the enclosure.

The boy was taken to a hospital for an injury to his leg and released, officials said.

The cheetah exhibit was open on Monday but the walled observation area where the incident took place remains closed, according to zoo spokesman Joe Yachanin.