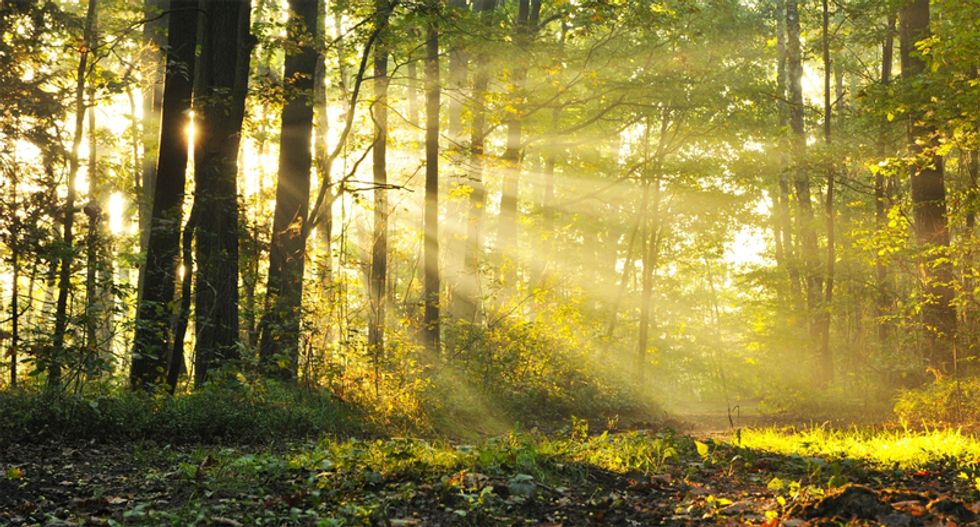 A group of Native American tribes and environmentalists in Michigan's Upper Peninsula lost their fight to save roughly 10,000 acres of public land to a Canadian mining company.

The Michigan Department of National Resources (DNR) recently announced the sale to the Graymont Mining Company after an injunction was dismissed that tried to halt the sale by citing an 1836 treaty with the Ojibway Nations, Blue Nation Review reports.

The injunction was filed by Dr. Martin Reinhardt, a citizen of the Sault Ste. Marie Tribe of Chippewa Indians and Dr. Phil Bellfy, a citizen of the White Earth Nation shortly after after the DNR announced the sale of diverse, high-quality public lands.

The transaction, "the largest single public land deal in Michigan history," is said to be able to bring great economic benefits to the local economy and create new jobs for residents in the area, according to Detroit Free Press.

However, opponents do not think its economic benefits overweigh its negative consequences.

“It really exemplifies how the State of Michigan is mismanaging public lands in violation of Anishinaabe treaty rights and human rights in general," said Reinhard, who calls the decision "irresponsible" on the part of the DNR.

"You can get short term economic gains through these types of actions, but it will have severe repercussions for future generations. Our Anishinaabe ancestors warned us about this path of destruction, and it is up to us to stop it before it is too late,” said Reinhard.

The Native American community has found allies in environmental groups on the land deal.

The Michigan Chapter of the Sierra Club is among the opponents of the deal, who criticized the DNR for failing to follow state law in determining surplus state lands. The club officials pointed out that the land deal involves 10 times more acreage than any previous sale, according to Detroit Free Press.

Another group is Save the Wild U.P. The group said in a press release that Graymont Mining submitted the final revision of their application less than two weeks prior to the decision—the latest in an ever-changing application, which wouldn't be allowed normally according to DNR's policy, which requires a thirty day public comment period once any revisions are received. Because of this unusual procedure, the public have not been allowed the 30-day period for comments on the final application.

In fact, as early as late February, a collective letter of opposition signed by 16 organizations and multiple individuals was sent to Director Creagh, according to According to Wild U.P. The letter outlined serious concerns with the proposed transaction, including displacement of existing limestone quarrying jobs and the loss of sustainable, long-term jobs in the forestry and tourism sectors. It also noted that the transaction would violate tribal rights by having an adverse impact on fishing, hunting and gathering activities of tribal members under the 1836 treaty. However, the group said most of their concerns were ignored.

"This is a huge loss for Michigan taxpayers and a massive blow to federally promised treaty rights,” said Alexandra Maxwell, Save the Wild U.P.’s interim director. “The DNR’s unilateral decision shows clear disregard for the input of Michigan citizens."