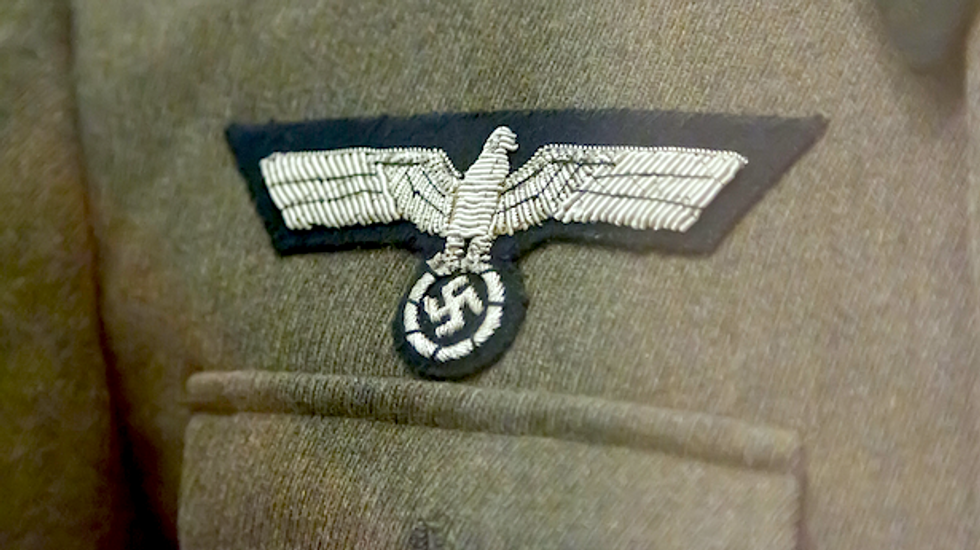 A neo-Nazi organization has descended upon Pasco, Washington as part of what it calls a "spring blitz" amid local protests against police for fatally shooting 35-year-old Antonio Zambrano Montes this past February.

"We feel that the white populations in many U.S. cities (e.g., Pasco) are anxious for a positive change towards a government that will truly represent them and fight for their well-being instead of pandering to illegal aliens," American Nazi Party (ANP) spokesperson Axl Hess told the Daily Beast via email.

Hess' group has begun distributing flyers in town saying, "Deport ten million illegals. American workers gain millions of jobs!" He also claims that members are "building up support and preparing for campaigning in the local elections."

According to Rick Rios, a member of the local advocacy group Consejo Latino, the ANP spread its flyers on cars parked outside a local Salsa music function held every week.

The Daily Beast reported that the ANP does not have a chapter in Washington. Though authorities in Pasco said they were aware that of the group's activities, Mayor Matt Watkins said he was not aware of their presence in town and that he was "not aware of any local candidates being related to Nazis in any way."

Pasco police came under criticism both locally and nationally after shooting and killing Zambrano Montes on Feb. 10, an incident that was captured on video.

The footage shows Zambrano Montes running away from officers as they fired at him. He was killed when the officers opened fire on him again after turning around. While the three officers involved in the incident were placed on administrative leave, local activists have held protests and vigils accusing police of using excessive force against Zambrano Montes.

"It doesn’t surprise me that a group like the Nazis are here, especially now because of all the protest marches over the past two months," Rios said.