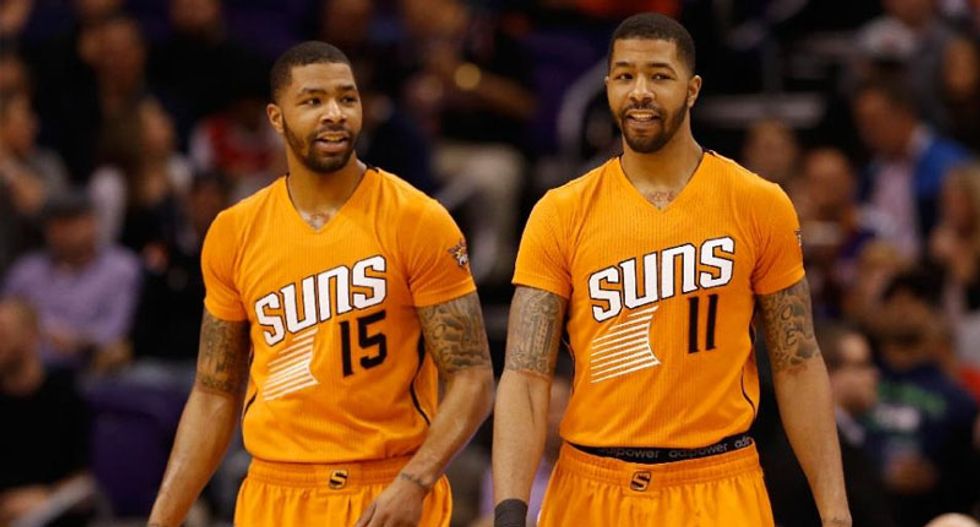 Phoenix Suns forwards Marcus and Markieff Morris were charged with assault in connection with an alleged altercation at a high school basketball game in January.

The alleged incident, which police said involved the twins brothers and three others attacking another man, took place outside the Phoenix-area recreation centre where the game was taking place.

The victim, identified as Erik Hood, was allegedly beaten and kicked by the suspects. A woman who attended the tournament with Hood witnessed the incident.

Hood was treated and released from hospital after suffering a broken nose and cuts and bruises.

Police said the altercation was over an inappropriate text message someone sent to the Morris brothers' mother.

Suns president of basketball operations Lon Babby described it as a "serious matter".

"We are disappointed to learn that Marcus and Markieff Morris have been charged," Babby said in a prepared statement. "This is a serious matter, and we will treat it as such."

The Morris brothers are due to appear in court on May 7.