Nebraska man charged in burning of neighbor's gay pride flag calls it a prank: 'I have gay friends' 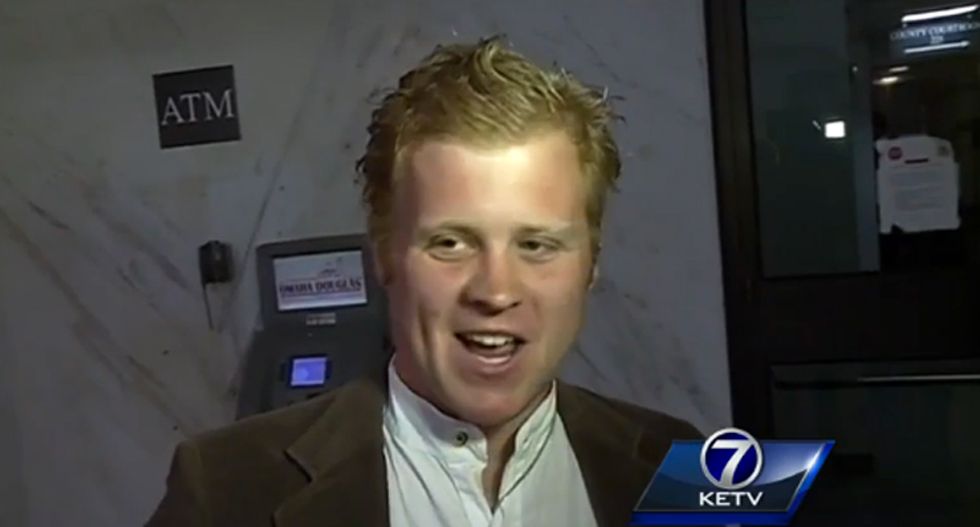 A Nebraska man, accused of stealing a neighbor's gay pride flag and setting it on fire in front of their home apologized for the "confusion" he created, saying it was only a "prank," reports KETV.

Cameron Mayfield, 23, is accused of stealing the flag from the home of a neighborhood gay couple at the beginning of March and now faces felony charges of arson aggravated by a hate crime.

Police received a call from the women who identified Mayfield and, while investigating, found the burnt remains of the flag in his basement.

According to Mayfield's father, his son had been drinking the night before the incident.

"My client wants to apologize for the foolish stunt he committed on March 1," said James Martin Davis, Mayfield's lawyer. "He was intoxicated."

Speaking with the press, Mayfield searched for a word to explain his actions, finally choosing "prank," adding, "I have gay friends and I apologize to my neighbors. I'm sorry for the confusion. I don't hate anybody or anything."

Mayfield's neighbors,  Ariann Anderson and Jess Meadows-Anderson, were not so forgiving, releasing a statement reading, "A prank is defined as a trick of an amusing or playful nature. This was neither amusing or playful. Mr. Mayfield's actions were frightening, especially considering that we have small children at home."

In a statement to police at the time of his arrest, Mayfield said he didn't understand how burning a flag could be a felony.

Watch the video below from KETV: