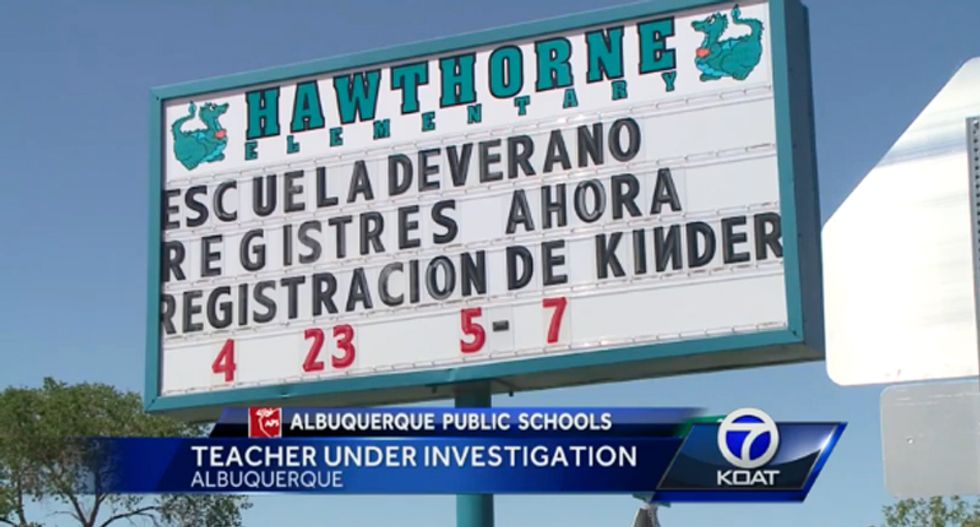 An Albuquerque elementary school teacher has been put on administrative leave after students allege he told them he had raped his first wife, reports KOAT.

According to the mother of one the students, she was shocked when her son came home and told her what the teacher had reportedly said.

"Shock. Disbelief. I made him explain it to me over and over because I couldn't imagine a teacher discussing this with 11-year-olds, " Margie Brooks said. "He stated, in front of the whole classroom, that he had raped somebody," with Brooks later describing the alleged victim as the teacher's first wife.

The school acknowledged that the teacher  -- whose name is being withheld because he has not been charged with a  crime -- is currently on paid leave while they investigate the incident.

According to Brooks,  several students were so upset by the comments that  they went to the school's front office to report them.

A spokesperson for Albuquerque Public Schools confirmed that the fifth-grade teacher is a  full-time employee who has worked  at the school since January, and has been with the school district since August of last year.

Calling it a personnel matter, the school has not released any additional information, but said they are investigating with the help of the Albuquerque Police Department.