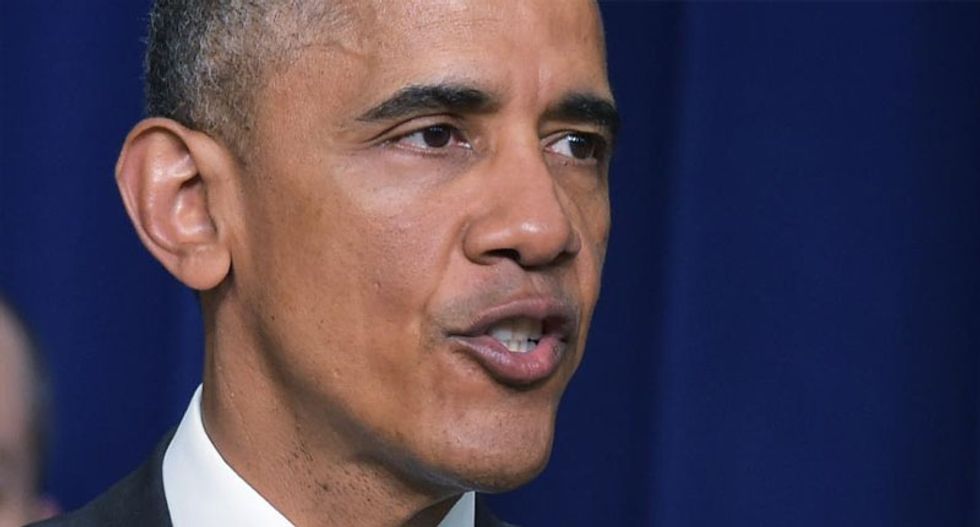 President Barack Obama called on Iran help find a political solution in crisis-torn Yemen, accusing the Islamic republic of contributing to the conflict there.

Washington has accused Tehran of supplying arms to Huthi rebels who have seized power in Yemen, triggering a month-long Saudi-led Arab air campaign that has increased the risk of a regional conflict.

In an interview with MSNBC late Tuesday, Obama noted the suffering caused by the conflict and expressed hope "that we can settle down the situation in Yemen."

"What we need to do is bring all the parties together and find a political arrangement. It is not solved by having another proxy war in Yemen," he said.

"We've indicated to the Iranians that they need to be part of the solution, and not part of the problem," he said.

The Arab coalition announced a halt to their air campaign on Tuesday, saying the threat to Yemen's neighbors had been eliminated. But the bombing resumed on Wednesday.

The United States, which has provided logistics and intelligence support to the coalition, has sent an aircraft carrier to monitor the movements of Iranian ships.

"Right now their ships are in international waters," Obama said.

"There's a reason why we keep some of our ships in the Persian Gulf region and that is to make sure we maintain freedom of navigation," he said.

"And what we’ve said to them is if there are weapons delivered to factions within Yemen that could threaten navigation, that's a problem."

The Saudis and their Gulf allies began launching air strikes on March 26 to try to restore to power exiled President Abedrabbo Mansour Hadi, a Sunni who was driven out by the Huthis, a Shiite rebel group allegedly backed by Iran.

Iran denies supplying the rebels with arms, insisting it is providing only humanitarian relief to Yemen's civilians.