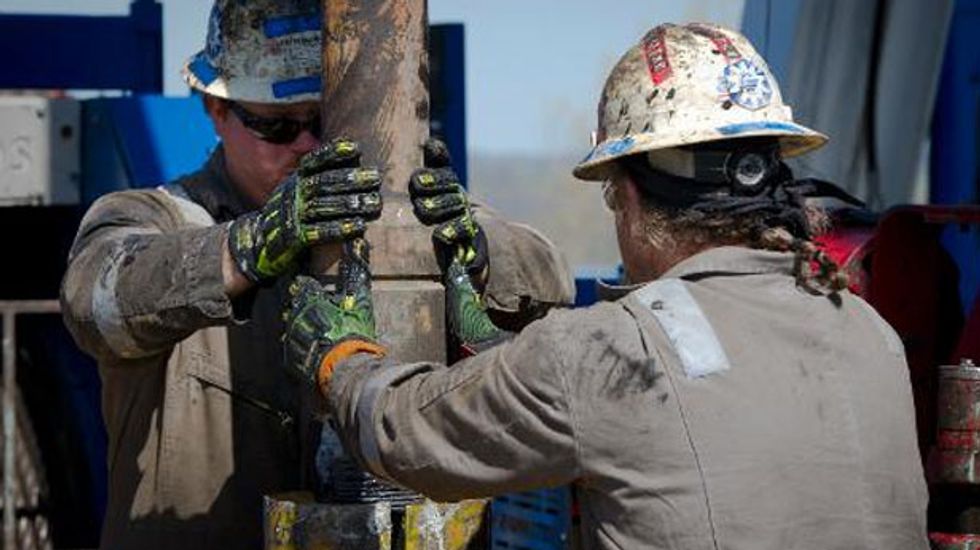 Oklahoma geologists have documented strong links between increased seismic activity in the state and the injection into the ground of wastewater from oil and gas production, a state agency said on Tuesday.

Oklahoma is recording 2-1/2 earthquakes daily of a magnitude 3 or greater, a seismicity rate 600 times greater than observed before 2008, the report by the Oklahoma Geological Survey (OGS) said.

It is "very likely that the majority of the earthquakes" are triggered by wastewater injection activities tied to the oil and gas industry, the OGS said.

It warned residents should be prepared for a "significant earthquake."

The spike in earthquake activity has put Oklahoma in the center of a national debate over whether wastewater disposal from oil and gas production triggers earthquakes.

In response to the report, Oklahoma state Representative Cory Williams, a Democrat, called for a moratorium on oil and gas wastewater disposal wells.

The energy sector is a major part of Oklahoma's economy, responsible for one in every four jobs.

The report said seismicity rates have increased with injection volumes. Other reports have also found links between oil and gas work and earthquakes that have rocked communities throughout the U.S. Midwest and South.

The water at issue is extracted from the ground along with oil and gas, separated and re-injected into deep wells.

The drilling technique known as hydraulic fracturing, or "fracking," generates large amounts of wastewater. But the OGS report said fracking is responsible for only "a small percentage of the total volume of wastewater injected into disposal wells in Oklahoma."

State regulators have been monitoring wastewater well activity, limiting permits in some areas and requiring some operators to take steps to mitigate earthquake risk.

On Tuesday, the Oklahoma Corporation Commission, which regulates oil and gas work, said the issue was its top priority.

"There will no doubt be more steps to take, and all options... are on the table," the OCC said in a statement.

“There may be a link between earthquakes and disposal wells, but we... still don’t know enough about how wastewater injection impacts Oklahoma’s underground faults,” said OKOGA President Chad Warmington.