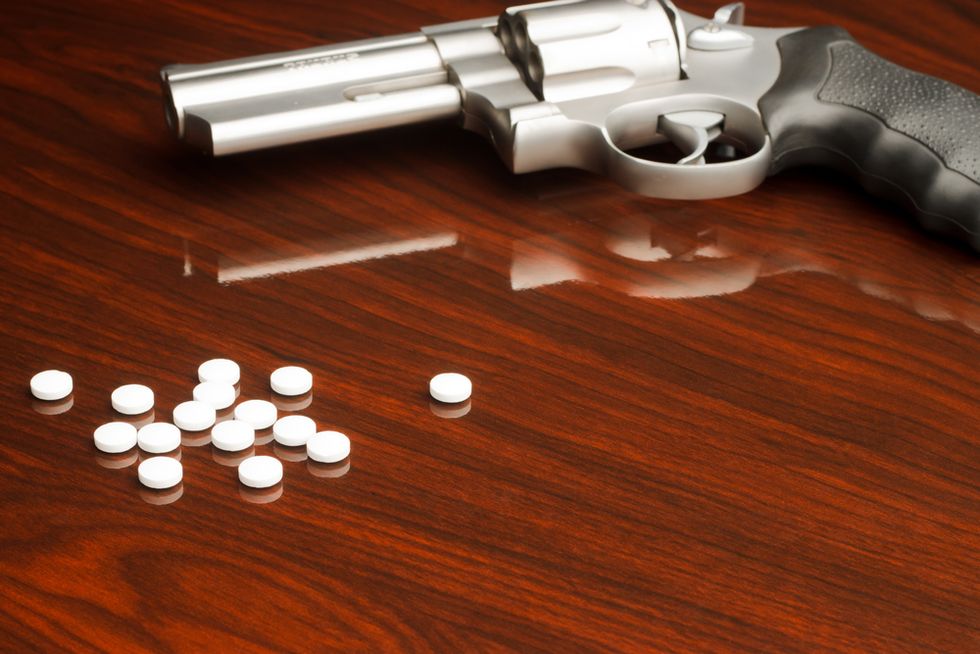 A 50-year-old Pennsylvania man who admitted to stealing guns and ammunition from a neighbor's house expressed anger and disbelief when he was sentenced to more than a decade behind bars.

According to Lehigh Valley Live, Carlos Manuel Nieves of Lower Milford Township was sentenced from 13 and 1/2 to 27 years in prison for breaking into the home of neighbor Scott Covelens and making off with a .357 Magnum pistol and other weapons on July 1, 2014.

"Who did I kill?" Nieves asked the courtroom after Judge James Anthony handed down his sentence. The outburst was typical for the trial, which proved to be disruptive as Nieves and the family he stole from traded barbs and insults in the courtroom.

Nieves rejected a plea deal last month and said that he wanted to go to trial, only to be convicted of all the charges against him.

Covelens said, "As far as I'm concerned, he can rot in hell. I'm going to let the court speak for me and my family...if it was up to me, I'd give him the max."

After the robbery, which Nieves confessed to, Covelens said that his daughters wouldn't sleep in their house for a month. Nieves reportedly broke into the Covelens residence while under the influence of the drug MDMA, also known as Ecstasy.

On the night of the theft, Nieves' son reported him to the police, saying that his father had pointed the Magnum at him and told him to help transport the stolen weapons, threatening to shoot the boy's "head off."

A police officer caught Nieves with the Magnum in the waistband of his pants. When the officer asked Nieves what it was, Nieves said it was nothing before turning and grabbing the gun with his right hand.

According to defense attorneys, Nieves is missing his left hand because he was holding a homemade mortar when it detonated.

The officer was able to subdue Nieves and hold him until reinforcements arrived.

Attorney John Baurkot said that Nieves' only intention was to commit suicide with the weapons and was on a "cocktail" of drugs on the night of the crime, including MDMA.

Prosecutors said that Nieves regularly consumes MDMA and other drugs and that he was hoping to spark a standoff with police and "go out in a blaze of glory."

Chief Deputy District Attorney Paul Bernardino III said, "He has not taken responsibility at all for his conduct. There is no remorse in this man."