Pat Robertson: 'Smack' your children to protect them from 'evil' devil music in iPods 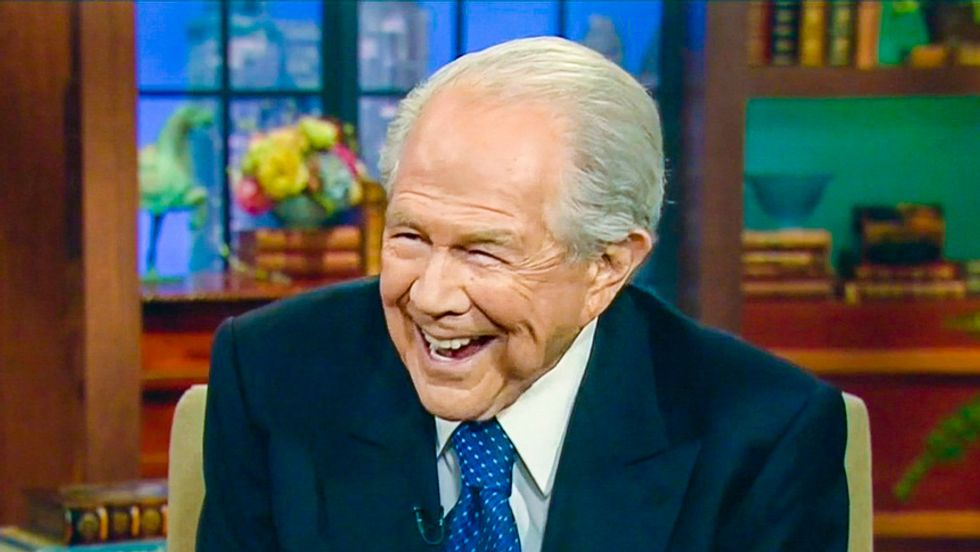 TV preacher Pat Robertson on Thursday advised parents to "smack" children around to protect them from the "evil" music that is often found inside of iPods.

A woman named Marie wrote in to Robertson about her 11-year-old son, who she said had "recently started listening to music that speaks of the 'beast within' and the 'infection in people'."

"I worry for his soul," the mother told Robertson. "I know the Lord is going to save him; but what can I do to help him become a nice person and the sweet little boy I miss so much?"

The televangelist advised that the boy was going into puberty and "it doesn't hurt to smack a little 11 year old around a little bit and say, 'You behave, you're not going to listen to that garbage in my house. If you do I'm going to tear it up and break those records or CD or whatever, iPods, however you get that mess.'"

Robertson concluded by speculating that the boy was misbehaving because Marie was a single mother.

"The little kids wouldn't do that with me, I promise you," he laughed. "Big Daddy's home! Wham!"