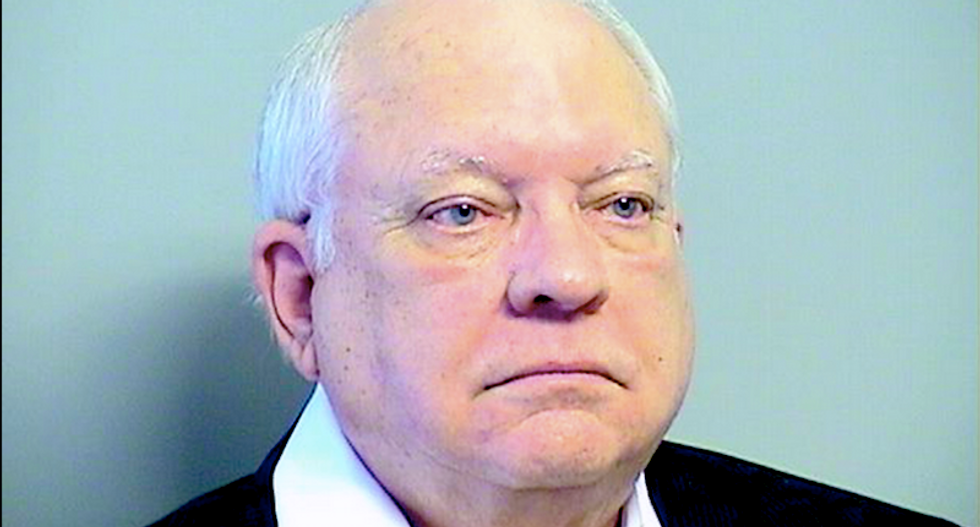 At least three supervisors at the Tulsa County Sheriff’s Office were transferred after they refused to falsify training records for a reserve deputy now charged in the fatal shooting of a black suspect, according to a newspaper report.

Robert Bates, 73, was charged with second-degree manslaughter in the shooting death of Eric Harris during an April 2 undercover operation after the reserve deputy apparently mistook a service firearm for a Taser.

The Tulsa World reported early Thursday that Bates, a personal friend of the sheriff who donated five patrol cars and other equipment to the department, was given credit for field training he never took and firearms certification he should not have received.

The newspaper quoted multiple anonymous sources in its report but said their claims were backed by department records and statements made by Sheriff Stanley Glanz and Bates himself.

Glanz told a radio station this week that Bates, a fishing buddy, had been certified to use three weapons – including the revolver he used to kill Harris – but he has not been able to find records of those certifications.

The deputy who certified Bates now works for the Secret Service, the sheriff said, but Glanz plans to speak with the former deputy to ensure his friend was actually qualified to use those weapons.

Bates was classified as an “advanced reserve” deputy, which requires completion of 480 hours of the “Field Training Officer” program – but an attorney for Harris’ family said he believes records of that training were falsified and then destroyed.

Bates, a wealthy insurance executive, served as Glanz’s 2012 re-election campaign manager and was named the 2011 reserve deputy of the year.

The sheriff’s office has said Bates joined the reserve deputy force in 2008, but Bates said in a seven-page statement given to investigators that he became an advanced reserve deputy in 2007.

The sheriff’s office released a summary that shows training courses for which Bates had been given credit, but the department has not released documents showing who signed off on the training.

Undersheriff Tim Albin denied that Bates’ training records had been falsified or that supervisors who refused to participate had been transferred to less desirable assignments.

“The training record speaks for itself,” Albin told the newspaper earlier this week, denying any knowledge of training record falsification. “There aren’t any secrets in law enforcement -- zero.”

A spokesman for the Tulsa Police Department and a police consultant hired by the county also denied knowledge of concerns over Bates’ training.

The Tulsa World has requested records that show who signed off on the reserve deputy’s training, but an attorney for the sheriff’s office declined to share them – saying the matter was still under investigation.

Watch this video report posted online by the Tulsa World: