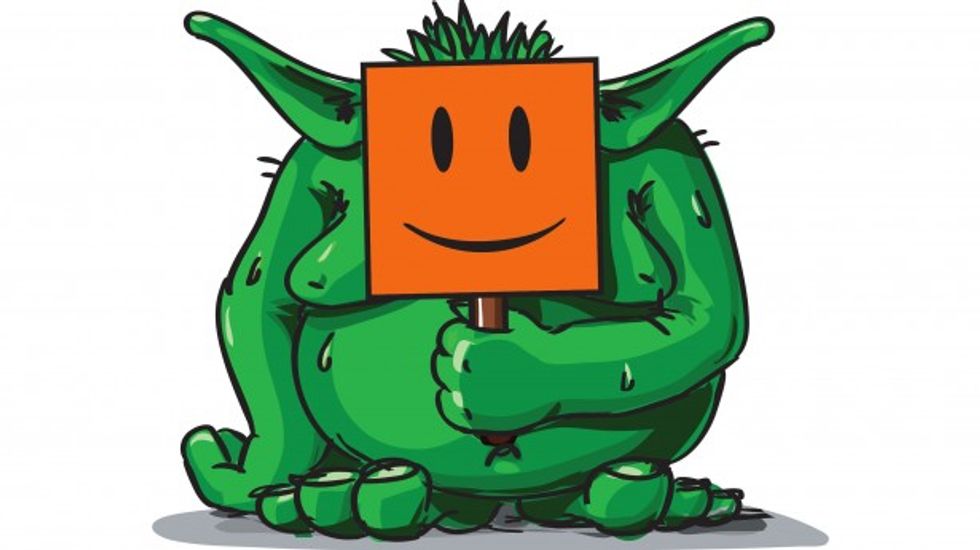 The Internet is full of terrible people behaving terribly at every opportunity, so it was only a matter of time until they turned their attention to the Freddie Gray tragedy. As protests rage around the country, Internet trolls are making use of the grief and outrage surrounding Gray’s death to pose as Baltimore “looters”—and, let’s be honest, to help bolster racist stereotypes. Using the hashtag #BaltimoreLootCrew on Twitter, these despicable people are posting pictures of purportedly shoplifted items along with boastful messages to piss people off. And it’s working like a charm.

Vice’s Motherboard blog first reported on the tweets, calling attention to the fact that the users behind them seem like obvious trolls. The site notes that all of the tweets “contain numerous references to the Ayy Team, a group of online trolls, 8chan, an anonymous online message board similar to 4chan, and Gamergate.” Still, they’ve successfully managed to rack up both concerned and racist responses, proving that the Internet is exactly the place we all know it to be.

Motherboard cites the example of a Twitter user named “Juice” who tweeted a picture of a random assortment of pharmaceutical drugs, including what several respondents identified as insulin. “DON’T EVEN NOW (sic) WHAT I TOOK #BaltimoreLootCrew #BaltimoreRiots,” the post reads. As Vice points out, there’s “the obvious tip-off that Juice has an anime avatar and most of the posts on his account appear to be 4chan screenshots.” What follows is a bunch of tweets from taken-in users worried that someone won’t have access to their meds. (And a few very recent tweets calling out the original poster as a troll.)

Another tweet of a “stolen” laptop earned a response from Darlene Jones ‏@PropertyQuick stating, “I've reported this to the Baltimore Police. I hope that each one of you dirty little niglets will get raped in prison.” Other tweet threads —knock yourself out by doing a Twitter search for #BaltimoreLootCrew—are a mixed bag of annoyed responses and people pointing out that “Internet Racists Are Pretending to Be Black Looters in Baltimore.”

Unsurprisingly, National Review Online, likely giddy with the misinformation, cited the hashtag in an article titled, “What Are Baltimore’s Rioters Trying to ‘Communicate'?” The piece claims it’s being used by “rioters…posting photographs of their prizes.”

This isn’t the first time trolls have taken advantage of tragedy. #SandyLootCrew popped up after Hurricane Sandy in almost identically styled tweets.