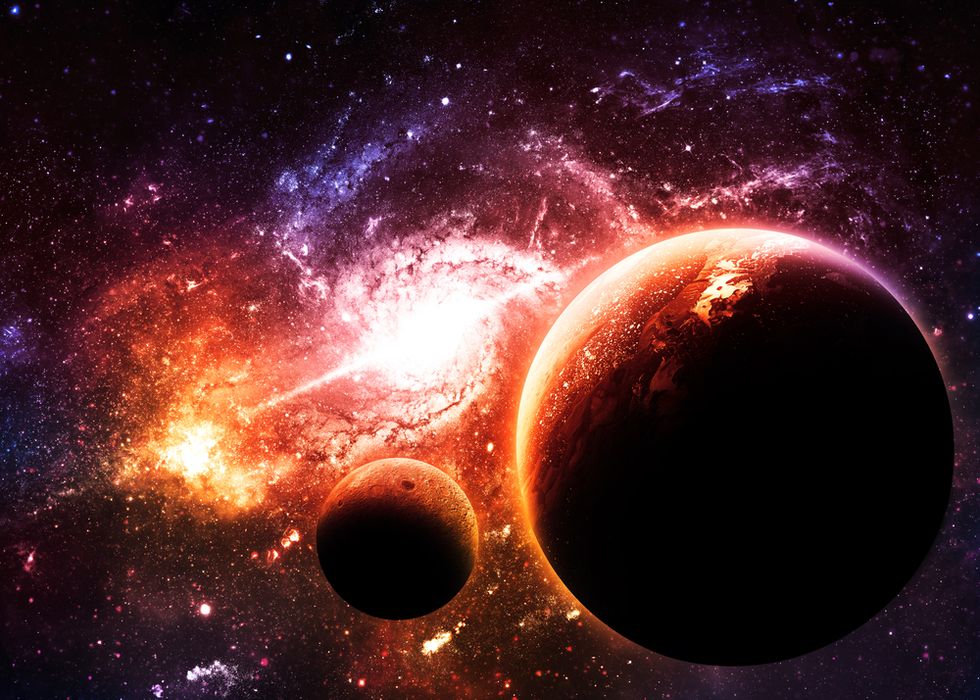 Planets in space and a spiral galaxy (Shutterstock.com)

Doug Loverro, deputy assistant defense secretary for space policy, said the Pentagon was seeking an initial $5.5 billion over the next five years to beef up protection of space assets and ground networks, and said that sum would grow in coming years.

"It’s a great moment. The opportunities are not only endless but they are absolutely ripe to be exploited," Loverro told Reuters in an interview at the annual Space Symposium here.

He said the U.S. government was looking at a range of new approaches for everything from rocket launch, communications, remote sensing, satellite control, and even sensors to increase the government's ability to monitor what was going on in space.

"We're going to have to find more clever, more resource-friendly ways to do what we used to do," Loverro said. "And the commercial and international market provide that."

Deputy Defense Secretary Robert Work will challenge industry on Wednesday to present ideas for a more innovative approach to ensure "space control," the mission of protecting satellites and the networks used to operate them, a spokeswoman said.

Newcomers to the market, like privately held Space Explorations Technologies, or SpaceX, say the Pentagon is more open than ever to new approaches after years of cost overruns and delays on big programs.

SpaceX President Gwynne Shotwell told Reuters she was confident the company would be certified by June or sooner to compete to launch military satellites, ending the monopoly held in recent years by United Launch Alliance (ULA), a joint venture of Lockheed and Boeing, the Pentagon's two top suppliers.

Loverro said ULA was already changing its approach to become more competitive in the wake of competition from SpaceX.

ULA on Monday announced its plan for a cheaper rocket that it said would be available for commercial and government launches beginning in 2019.

Robert Cardillo, director of the National Geospatial Intelligence Agency, said he was also revamping the agency's approach to benefit from rapid growth in satellite data generated by companies for commercial use.