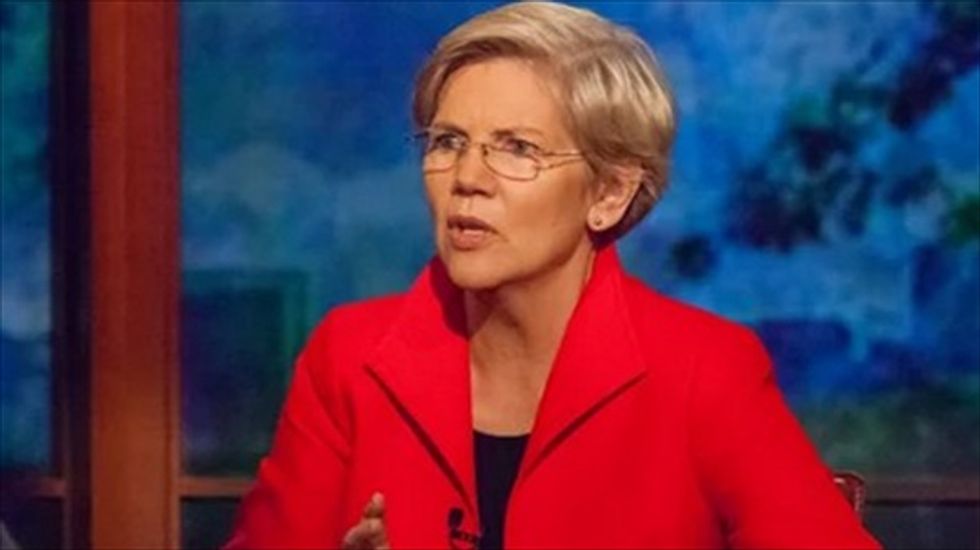 Massachusetts Senator Elizabeth Warren on Thursday said Hillary Clinton should stake out a position on a multi-nation trade deal being finalized by the Obama administration.

Warren, in an interview broadcast Thursday on CBS "This Morning," said that she will say where she stands on "all of the key issues, it's up to others to say whether they stand there as well, or if they stand in some different place."

Clinton, a former senior diplomat, U.S. senator and first lady, is expected to become the strong front runner for the Democratic presidential nomination once she officially launches her campaign, which is expected within days.

Warren is a popular figure with progressives in the party and Clinton's position on the trade deal will be an indicator of how she will interact with key Democratic constituencies, such as organized labor.

CBS host Charlie Rose asked Warren to name one issue on which she would like to see Clinton delineate a stance. Warren pointed out the Trans-Pacific Partnership, a free trade agreement between the U.S. and 11 other countries being negotiated by the administration, which will need approval from the Republican-controlled U.S. Congress.

"You know we have a big debate going on right now on trade within the Democratic Party," Warren said, citing her opposition to dispute-resolution language in the trade pact.

"I think this is a very dangerous provision in a trade deal, and I want it taken out," added Warren, who has been urged by progressives to launch a White House campaign. She has said repeatedly she has no plans to do so.

Populists and union groups within the Democratic Party have declared their outright opposition to the trade agreement.

"Elizabeth Warren is right about the TPP and Democrats should be following her lead when it comes to fighting for the little guy," said PCCC spokesman TJ Helmstetter.

PCCC co-founder Adam Green met recently with four Clinton aides, a source familiar with the meeting confirmed. The meeting between the two camps was first reported by MSNBC.