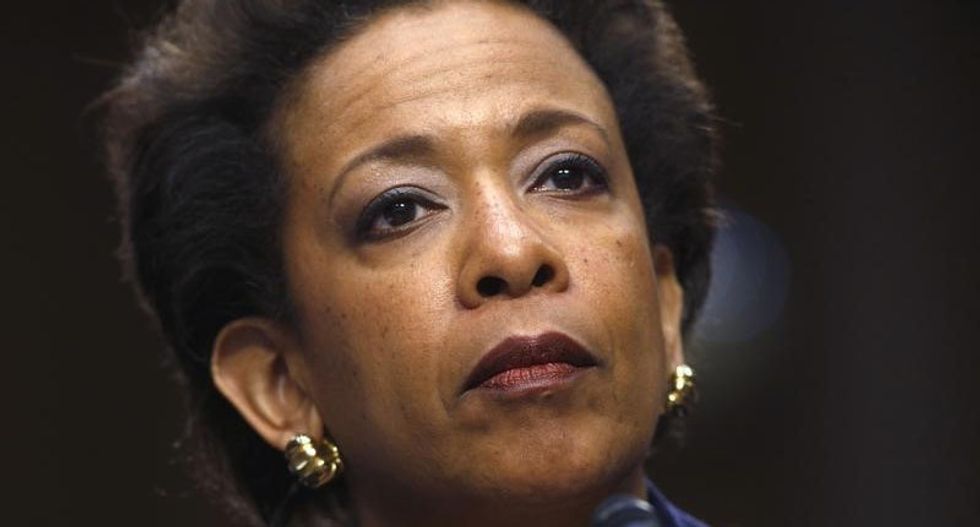 The U.S. Senate on Thursday voted to limit debate on the nomination of Loretta Lynch to become President Barack Obama's next attorney general in a procedural move intended to end a five-month deadlock that made her wait longer for confirmation than the last seven attorneys general combined.

If confirmed as expected, Lynch would be the first black woman to become the top U.S. law enforcement official.

She has awaited confirmation since November when Obama, a fellow Harvard Law School graduate, nominated her to replace Eric Holder. He was expected to step aside early next week so Lynch can take over as head of the U.S. Justice Department.

Despite the delay, Lynch was widely seen as less controversial than Holder, who often clashed with Republicans. She has said she aims to smooth relations with Congress.

As attorney general, her earliest tests would likely include handling civil rights cases stemming from deadly altercations between police and unarmed black men in several U.S. cities. The Justice Department has said it will look into bringing civil rights charges over the death of a Baltimore man who died after sustaining a spinal cord injury while in police custody.

Lynch would also inherit major financial cases involving allegations that some of the world's largest banks manipulated the currency markets and the Libor benchmark interest rate.

Her nomination was backed by the Senate's Judiciary Committee by a vote of 12-8 on Feb. 26. But her confirmation has languished over an impasse in the Republican-led Senate on an unrelated bill meant to protect human trafficking victims.

Democrats had balked at an anti-abortion provision included in the human trafficking bill, but that dispute was settled on Tuesday and the bill was approved on Wednesday.

An accomplished career prosecutor, Lynch has twice served as U.S. attorney in Brooklyn, New York, most recently since 2010. Her office there handled more terrorism prosecutions than most other offices in the United States. For two years, she also has led a committee that advised the attorney general on policy.

At a Senate confirmation hearing on Jan. 28, Lynch said that her top priorities would include fighting terrorist threats and cyber crime, and improving relations between law enforcement and minority communities.