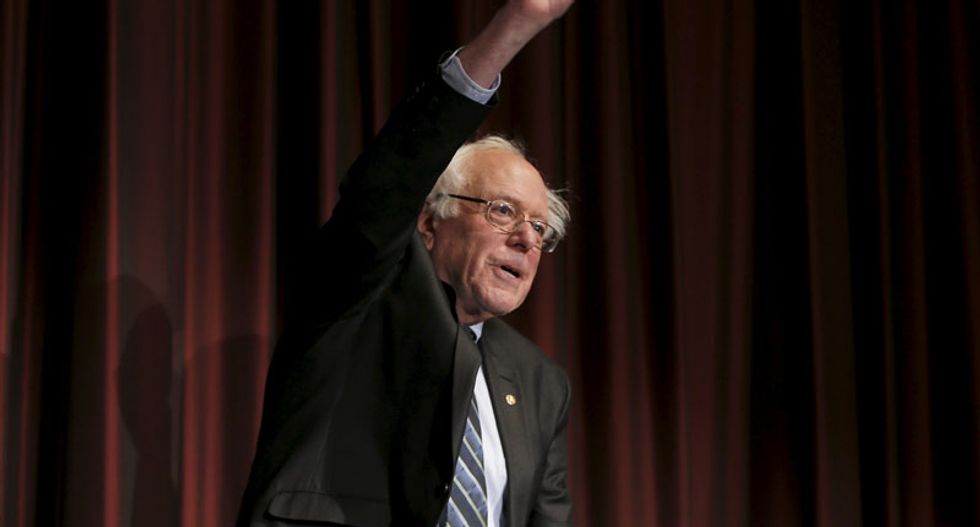 U.S. Senator Bernie Sanders, an independent from Vermont, launched his bid for the 2016 Democratic presidential nomination on Thursday in a move likely to pressure Hillary Clinton from the left and challenge her on a range of fiscal issues from income inequality to corporate governance.

Sanders, a self-described socialist and one of the most outspoken liberals in Congress, faces a difficult fight against Clinton, the presumptive party frontrunner.

"The middle class in America is at a tipping point. It will not last another generation if we don’t boldly change course now," Sanders said in an email to supporters declaring his candidacy.

Sanders, 73, the second-term senator, is an ardent supporter of left-leaning policies such as expanding Social Security and raising the federal minimum wage. He has cultivated a following among some American liberals for campaigns on income inequality and social issues.

He caucuses with Democrats, even though he was elected as an independent to Congress, first as member of the U.S. House of Representatives in 1991.

On Thursday, Sanders said he would campaign as an "independent Democrat," saying to run as a third-party candidate would be too difficult.

"I am not a billionaire," he told the MSNBC cable news channel in an interview that aired on Thursday. "To run outside of the two-party system would require enormous sums of money."

The Democratic National Committee, in a statement, said it welcomed his announcement.

In 2010, Sanders stood on the Senate floor for more than eight hours lecturing about corporate greed and criticizing Wall Street as he sought to delay a tax bill that would extend cuts initially enacted by former President George W. Bush.

The former Burlington, Vermont, mayor will likely struggle against the fundraising might and name recognition of Clinton, a former U.S. secretary of state, senator and first lady. But having run for office since the 1970s, Sanders is known for doggedly fighting uphill battles.

Sanders could be embraced by activists as a substitute for U.S. Senator Elizabeth Warren of Massachusetts, a darling of the left who has said she is not running. She has called for the party's eventual nominee to take progressive stances on battling Wall Street and bolstering the middle class.

Sanders' entry into the primaries could nudge Clinton to take more liberal positions than she might have otherwise.

Similar pressure comes from former Maryland Governor Martin O'Malley, who has not formally entered the race but has staked out liberal positions on issues such as free trade agreements being negotiated by the White House.