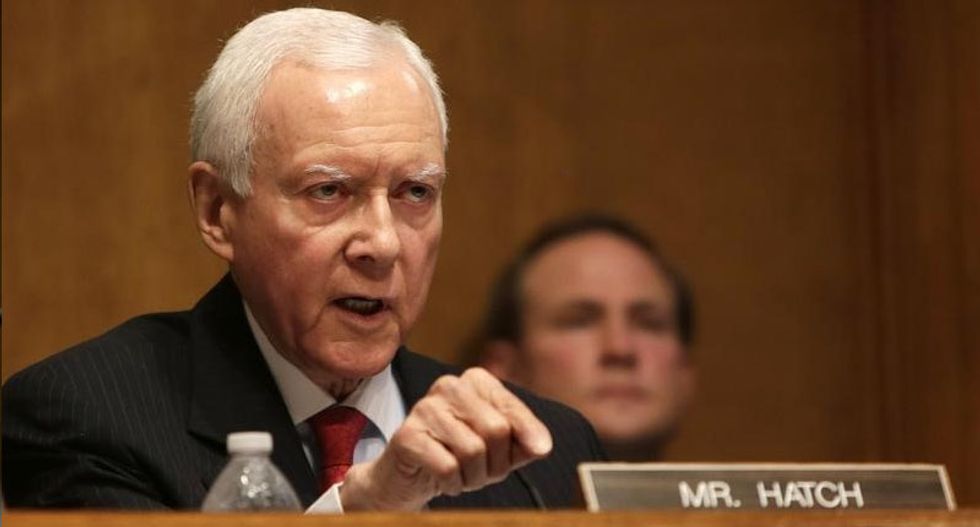 U.S. senators said on Thursday they could present a bipartisan bill to move trade deals quickly through Congress as soon as later in the day after reaching agreement on aid for workers hurt by trade.

"We're working toward that goal," he said at a committee hearing on trade, attended by top administration officials.

Hatch and the panel's top Democrat, Ron Wyden, said they agreed that fast track legislation and a bill to extend support for workers hurt by trade would move in parallel.

"An agreement must include not only trade promotion authority, but other vital issues like trade adjustment assistance and enforcement," Wyden said.

"The train absolutely must be on parallel tracks."

Hatch said he recognized that support and retraining of workers whose jobs are lost due to trade are necessary to secure Democrat support and ensure a fair vote.

Fast track authority restricts Congress to a yes-or-no vote on trade deals in exchange for setting negotiating objectives, laying out how much information is available on draft texts and other ground rules for negotiators.

Introducing the bill this week would send a positive signal about the Trans-Pacific Partnership ahead of a planned visit to Washington in late April by Japanese Prime Minister Shinzo Abe.

Japan and other TPP partners have said having fast track - which gives trading partners certainty agreements will not be picked apart - is vital.

But the bill faces opposition from some conservative Republicans opposed to delegating power to the White House and Democrats worried about the impact on jobs and the environment.

Chuck Schumer, tipped to become the Senate's Democratic leader after the 2016 elections, said it was not fair to rush such an important issue and that he opposes fast track.

Unions said they would launch an advertising campaign to pressure senators and members of Congress to oppose fast track, starting with digital ads but possibly expanding to TV, radio and newspapers.

“These ads - which follow months of rallies, congressional meetings and unprecedented grassroots activities - will remind politicians that the trade debate is enormously important to working families," Richard Trumka, president of the AFL-CIO, said in a statement.