'Shame on you': CAIR spokesman scolds Sean Hannity for asking every Muslim guest about terrorism 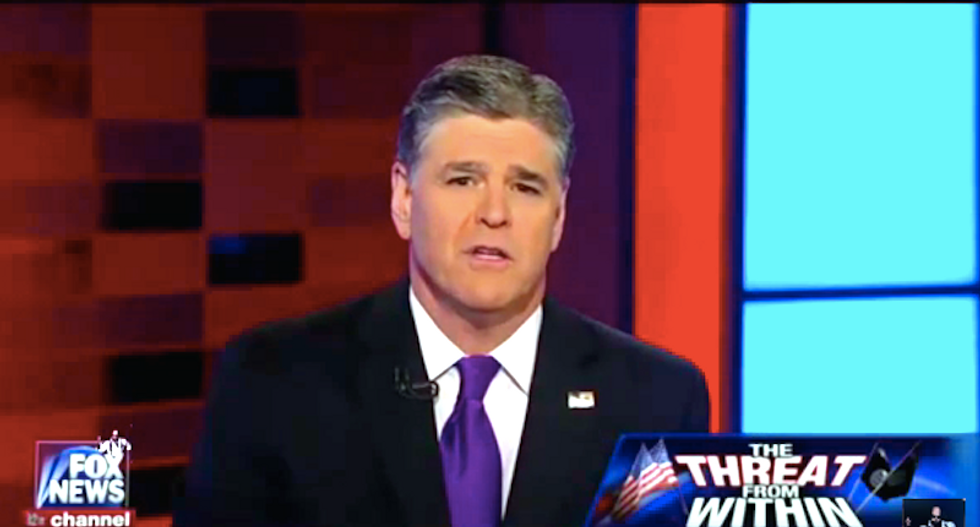 A guest told Sean Hannity he should be ashamed of himself for asking every Muslim who appears on his show to denounce terrorism.

Hassan Shibly, executive director of CAIR Florida, appeared Wednesday night on the Fox News program to discuss Hoda Muthana – an Alabama college student who who left the U.S. to join Islamic State extremists – as an onscreen graphic warned of “the threat from within.”

Shibly said Muthana’s family faced unimaginable “pain and anguish” after losing their daughter to “brainwashing and recruitment by this terrible, extremist, violent gang of monsters.”

Hannity asked why CAIR, which he labeled as a "controversial” group, was involved in the case at all and referred to the Muslim civil rights organization as an “unindicted co-conspirator” in a terrorism financing case.

Shibly asked Hannity not to change the subject, and the host bristled.

“I’ll ask any question I want – this is my show,” Hannity said.

Shibly said his group had been active in Muthana’s community, and her father had even attended one of his lectures on countering extremism and de-legitimizing ISIS.

“He reached out to me when Hoda first left, and the first thing I told him was, ‘We have to contact authorities, and we have to do the best we can to make sure no other child is lost in the way your daughter was lost,’” Shibly said.

Hannity abruptly asked Shibly what he thought of Hamas, pointing out that the group’s “charter calls for the destruction of Israel.”

“Why are you changing – Sean, Sean, that’s so silly,” Shibly said. “Every Muslim you bring (onto the show), you change the topic.”

Hannity repeatedly asked Shibly if he believes Hamas is a terrorist organization.

“Invite an expert on terrorism to speak (on) that,” Shibly said. “I’m here as a representative of Huda’s family to speak up for her dad.”

Shibly said he was confused why Hannity would ask him about Hamas, and the host offered to ask the question more slowly so he might understand it.

“Hamas’ charter calls for the destruction of Israel and the killing of Jews,” Hannity said, enunciating each word clearly. “Are they a terrorist organization?”

Shibly agreed the group is designated a terrorist organization by the United States, but he said he was confused why Hannity would ask him about it.

“Shame on you for just asking every Muslim what he thinks of terrorist organizations,” Shibly said, as Hannity smiled smugly and spoke over his guest.

“No shame on me, I’m allowed to ask any question I want,” Hannity said.

Shibly reminded him that he was invited onto the program to talk about Muthada and her family, but a producer cut off his microphone and dropped him from the split screen.

“Thank you for being with us,” Hannity said. “Joining us now is Fox News terrorism analyst Dr. Walid Phares.”