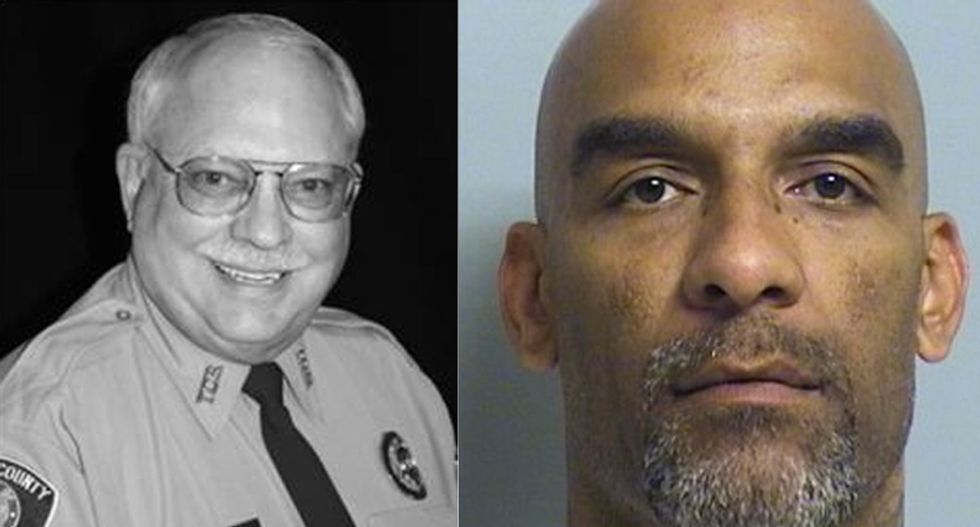 In a 2009 investigation, the Tulsa Sheriff's Office determined that Reserve Deputy Robert Bates -- who today is facing charges of second-degree manslaughter for the shooting death of Eric Harris -- exhibited problematic behavior, received special treatment, and received inadequate training while volunteering with the force. The Sheriff's Office did nothing about it, CBS reports.

The Tulsa Sheriff's Office's internal report concluded that "high ranking officers created an atmosphere where employees were intimidated." These were Bates' friends.

Before he became a ride along volunteer with the Tulsa Sheriff's Office (to which he has donated thousands of dollars in equipment), Bates was an Oklahoma insurance mogul, who sold his company in 1999 to the North American Insurance Agency Inc. for almost $6 million.

With deep pockets, Bates had influence with movers and shakers in the region. In 2012, he gave $2,500 to Stanley Glanz's re-election campaign for Tulsa County Sheriff, which Tulsa World reports as being the largest donation to the candidate that cycle.

Deputies who worked with Bates in the field, however, report noticing problems with the volunteer cop's behavior from the very beginning. But, investigators found, Bates steamrolled over officers who challenged him. "When confronted,"  CBS reports, " Bates said that he could do what he wanted, and that anyone who had a problem with him should go see the sheriff."

Tulsa police released footage on April 12 of Eric Harris' arrest; Bates was assisting officers at the scene. Bates fired his gun at Harris, which he says he thought was a taser. Now awaiting trail, Bates' attorneys told a judge this week the defendant is planning to leave the state for a family vacation in the Bahamas.

A spokesperson for the Tulsa Sheriff tells CBS that, despite the investigation's findings about Bates' behavior, "there was no further action taken.”