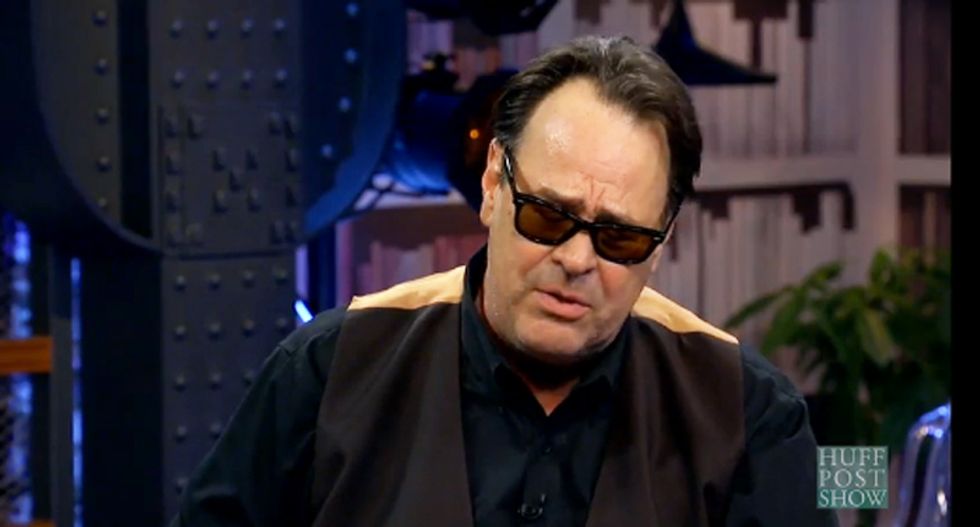 In an interview on The HuffPo Show, comedian and Saturday Night Live alum Dan Aykroyd expressed his admiration for first responders, including firefighters and police officers, before lamenting the proliferation of guns in the U.S. saying, "America is flat-out gun crazy."

In a conversation with Roy Sekoff and Marc Lamont Hill, Aykroyd explained that he  served on an auxiliary police reserve committee in Louisiana for almost 18 years, remarking that he is proficient in the use of a handgun.

Asked by Hill, if he ever shot anyone, Aykroyd instead spoke of wanting to see more police training in "less lethal ways" of bringing down suspects.

Asked about current stories of about police shooting of unarmed citizens, the Canadian actor called the U.S. "gun crazy."

"America is flat-out gun crazy. That's it, man. But, of course, it's guns in the wrong hands," he said. "There are alternatives. There's a Taser, there's a sound system you can use to disable someone, there's a high-frequency generator that you can use, there's a net that you can fire and it completely closes over the top part of the body."

"So why aren't we looking into these alternatives?" he asked to applause from the studio audience.

Talk then turned to 73-year-old Tulsa reserve deputy Robert Bates who recently shot and killed a man after mistaking his service weapon for his Taser following a chase.

"At a certain point, you just let the guy go," Aykroyd said. "Up in Canada, usually chases are called off once you get to 50 miles an hour up in a street there in Canada. You back off. You don't chase them anymore."

Watch the video below from The HuffPo Show: